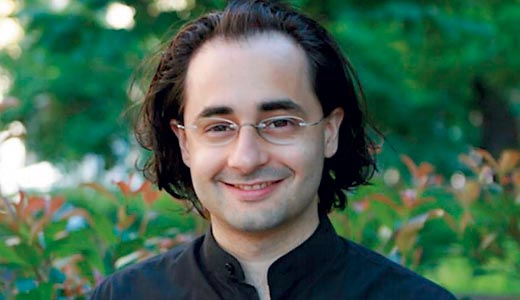 As part of its Discovery Series, the Ogle Center at Indiana University Southeast is presenting Hungarian pianist Erno Feher. Feher, who is pursuing his doctorate at the Franz Liszt Academy in Budapest, has performed in 13 countries, and alongside prestigious symphony orchestras as a soloist. Season tickets are $25 for three shows and $10 each for single show tickets. Call (812) 941-2525 or visit oglecenter.ius.edu.

‘Miami’ Photographic
A kidney transporter never looked so cool.
Last Monday’s repeat of CBS’s hit show “CSI: Miami” featured crime analyst Erik Delko (Adam Rodriguez) obtaining fingerprints from a machine that was part of a murder case. In the background were the revolving loops of Jamey See Tai’s guitar and Chad Blevins’s drums playing The Photographic’s song “Secure.” The cut is from the band’s debut full-length, Pictures of a Changing World, released last March on Galaxia Records.
Listen at myspace.com/thephotographic.

Described as a cross between Howlin’ Wolf and Link Wray, Hart is a past Grammy nominee, and once performed for five nights in Tokyo with Kip Hanrahan’s Conjure, the world’s longest running jazz-poetry ensemble. Hart is touring for his new CD, Motivational Speaker.
Doors open at 8 p.m. Tickets are $18.

Music ’Cast
The folks behind Camp Pain join us to talk about their latest mixtape. Backseat Sandbar will host our podcast again this week while we work out some technical difficulties. Listen at backseatsandbar.wordpress.com.