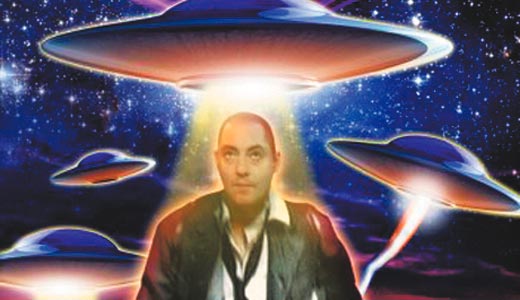 Ed Harris and Viggo Mortensen, who had such great chemistry in “A History of Violence,” re-team for this excellent old-fashioned Western, co-written, directed and produced by Harris, based on the works of Robert B. Parker. With Jeremy Irons, Renée Zellweger and Lance Henriksen. Lots of Oater fun; a sequel is already in the works.

Audrey Hepburn forever changed cinema as Holly Golightly, the madcap, carefree New Yorker whose only desires in life were freedom, happiness and a millionaire husband. One of the greatest romantic comedies ever made, winner of two Oscars, with music by Henry Mancini and Johnny Mercer (“Moon River”), you simply have never seen a real movie until you’ve seen this. Directed by Blake Edwards and adapted from a Truman Capote short, it costars George Peppard, Patricia Neal, Buddy Ebsen, Martin Balsam and Mickey Rooney. Now available as part of the Paramount Centennial Collection, with all the requisite goodies.

FATHER OF THE KAMIKAZE

Well-deserved resurrection of a little-known biodrama on the tortured life of Onishi Takijiro, the Japanese admiral who invented aerial suicide bombings — the Kamikaze or “Divine Wave” — to force America into a negotiated peace during WWII. His cold logic — one pilot killing hundreds of sailors — became the deciding factor in America’s use of atomic weapons.

Unlike most religions that teach that God is unknowable, infallible and will bust a cap in your ass for the least offense, Jewish tradition encourages arguing with The Big Guy as a way to learn The Big Plan. In this BBC drama, Jewish prisoners in Auschwitz put God on trial to understand what the heck is going on.

While to be honest, we liked the original “Little Britain” a little better, this made-for-the-States import (originally titled “Little America”) is still a major hoot — and Tom Baker returns as the savagely funny narrator. Limey humor at its best.

This quickie Kiefer Sutherland project (actually a remake of 2003’s “Geoul Sokeuro” from South Korea) is based on the premise that a world of evil lurks on the other side of the mirror, which was old before Alice went through the looking glass. Still, a few fun shocks as Sutherland tries to stop the demons from taking his family. Filmed in Romania, if that tells you anything.

Has Dane Cook ever made a good movie? Don’t think so, and he comes damn close to torpedoing this snarky romantic comedy starring Jason Biggs and the ethereal Kate Hudson. A twist on his earlier “Good Luck Chuck,” Cook is the World’s Worst Date, who offers his services to friends as a way to drive wayward women back to their boyfriends. Naturally, he falls for Kate.

Just plain dull vanity project from Kevin Costner in which the entire presidential election comes down to his one vote. With lots of bad speeches and cameos by Dennis Hopper, Nathan Lane, Kelsey Grammar, Stanley Tucci, George Lopez, etc.

A terrific Smithsonian Network offering that looks at the rise and fall of five of the world’s great civilizations — the Egyptians, Greeks, Celts, Romans and Incas — focusing on how their religions built them up and ultimately lead to their downfall. The most enlightening (and frightening) 200 minutes you may ever watch. Recommended.

THE ORDER OF MYTHS

Did you know that the first Mardi Gras in America was held not in New Orleans but in Mobile, Ala.? And for more than 300 years, this celebration has been, and remains, racially segregated? Filmmaker and Mobile native Margaret Brown takes us into both black and white celebrations, and the secret world of mysticism and tradition that keeps them separate. A fascinating look at racial pride, both good and bad.

TYLER PERRY: THE FAMILY THAT PREYS