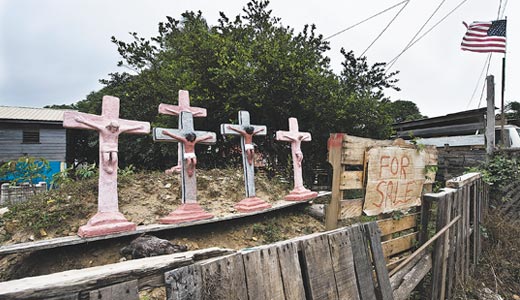 My adventure around the world has several purposes. One is to photograph what I experience with an emphasis on people and their cultures. Another is for fun. And to be sure, every time I travel it is a personal search for discovery, understanding and meaning.

One question I frequently ask those I encounter is this: What parts of your culture, if any, have you noticed being lost to modern times?

I hear things like traditional dress, traditional skills such as crafting, and even languages are being lost. These are interesting answers and are all topics I am pursuing.

A bit more startling is another common answer: religion. In Guanajuato, Mexico, while sitting on the steps of The Basilica of Our Lady of Guanajuato, a lovely woman and grandmother of six explained to me that priests don’t have nearly as much influence over individuals, families or the community as they have had historically. Individuals, families and communities are making up their own minds about how to live, how to behave and what to believe. This scares her, she said, because she is afraid of her unmarried granddaughters having sex at a young age.

As might be expected in retort, the two questions I am often asked are: What is your religion? Do you believe in God?

Without hesitation, I give the same answer every time: “I am not religious and I know as much about God as the Pope does, which is absolutely nothing. However, I do believe there is something beyond our lives, and so it is important to live well.”

It’s becoming less of a surprise to me how many people agree with me, or at least say they do, in Mexico, which is a predominantly Catholic country. I do sense hesitation when people bend their convictions in order to admit that God is just a belief, not a being. During these intense conversations people seem able to dig deep and place themselves on more of a human level in order to connect with me. That leaves an impression.

Since leaving Mexico, I have experienced an interesting shift in religious beliefs. The Mayan culture of Guatemala, it seems, was more or less forced, as a means of survival, to accept the Spanish colonizers’ spread of Catholicism. The Maya, however, were using the cross as a religious symbol long before the Spanish arrived. The Maya believe that the four points of the cross represent the sun, moon, earth and people. The Mayans fought the Spanish invaders for 20 years, but eventually succumbed. Many Mayans were slaughtered during the battles with the Spaniards, but European diseases eventually decimated the population.

All this is not to suggest you lose your religion. What I am suggesting is that religion is a system of beliefs, not facts, and whatever you choose to believe is 100 percent your right. Whether you believe in Christianity, Judaism, Islam, Taoism, Hinduism or Shamanism — or nothing, or everything, or in between — is of little importance.

What is paramount is the fact that we are all here, living together on this tiny little speck in the universe we call our home. Our planet’s existence and that of our children appears to be in peril now more than ever, so we must get busy understanding each other, having compassion and working together, before it’s too late.

Ross Gordon is traveling around the world in a VW Bug. Follow his travels more frequently at http://web.me.com/ragtraveler