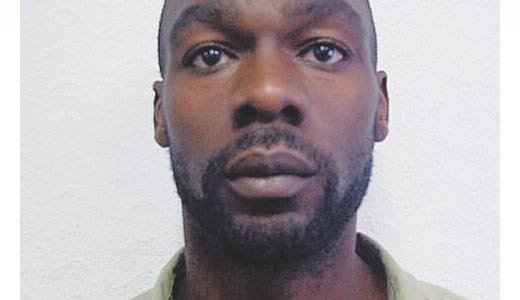 On a spring evening in 1994, Michael Jennings confronted the man he believed killed his cousin with a shotgun blast to the chest just a week earlier.

Still reeling from discovering his cousin’s bloodied body lying in the street, 14-year-old Jennings encountered the suspected killer outside the Sheppard Square housing complex and a verbal altercation ensued. Several witnesses told police the man, along with a friend, taunted Jennings, and that the boy’s uncle urged him to retaliate.

After retreating to his uncle’s nearby home for several minutes, Jennings re-emerged carrying a semi-automatic rifle by his side.

At first Jennings appeared hesitant to raise the weapon, but witnesses reported that his uncle instructed him to shoot, telling him to “do what you gotta do” and “smoke ’em.” Meanwhile, the two men continued to provoke the teenager, with his cousin’s alleged shooter reportedly boasting, “You think I’m scared of that gun? My mom always told me if you pull a gun on a nigger, you supposed to kill them.”

And so he did.

The spray of gunfire fatally wounded Toriano Oldham, the suspected killer, and his friend Frederick Crook, both 20 years old.

With his uncle’s assistance, Jennings fled, first to Florida, and ultimately to San Diego, where he was arrested eight months later. After being extradited back to Louisville, Jennings was charged with two counts of murder, while his uncle never faced any criminal charges.

Opting against a public defender, the boy’s grandmother hired lawyer Fred Radolovich, who now is accused of misleading and failing to adequately represent Jennings.

Not only did the attorney allow his young client’s case be transferred from juvenile to adult court without so much as a hearing, he also is accused of incorrectly telling Jennings he could be sentenced to death if he did not plead guilty, even though state law prohibits the execution of defendants who committed an offense while under the age of 16.

“Mr. Radolovich suggested maybe Michael could get the death penalty, and so I suggested to Michael that he take a plea rather than face death,” Iva Jennings testified Tuesday in federal court on behalf of her grandson, who has filed a petition seeking his release due to “grossly erroneous legal advice.” The gray-haired woman explained that when she finally learned her grandson had been misinformed, she confronted Radolovich, but he did not have an explanation.

During the hearing, Radolovich, 62, insisted that his memory is “a little fuzzy,” and that although he does not recall ever telling Jennings he could face the death penalty, “Apparently I never made it clear that wasn’t on the table.”

It is possible, he testified, that he provided Jennings with paperwork suggesting the death penalty was a potential outcome, and that he failed to clarify that such a punishment did not apply in this case. “If I did that without further explanation, they could have thought that death was an option,” said Radolovich, a bald and rather portly man, dressed all in khaki. “I should have explained that death was not an option.”

A major oversight, indeed, but apparently not the first case Radolovich has been accused of bungling.

In 2007, local prosecutors agreed to drop a perjury charge against Radolovich if he agreed to permanently relinquish his law license. The lawyer was accused of lying about his professional experience during a post-conviction hearing for a former client who was sentenced to death. Former Gov. Ernie Fletcher eventually reduced the death sentence in that case to life without parole because Radolovich failed to provide an adequate defense.

From the witness stand in the U.S. District Court in Louisville, Michael Jenkins recounted his first meeting with Radolovich inside the Jefferson County Youth Center. After explaining what transpired outside Sheppard Square on May 26, 1994, Jennings testified that his lawyer warned him that a jury could sentence him to be executed.

“He said I could be headed for death because I was facing multiple homicides,” said Jenkins, now 29, wearing a bright orange prison uniform and shackles around his wrists and waist. A few months later, he said Radolovich approached him with a proposed plea deal: Agree to have the case transferred from juvenile to circuit court, plead guilty to murder, accept a life sentence and avoid the death penalty. “He said this deal was better than what I was facing,” Jenkins said.

Understandably terrified at the prospect of a death sentence, Jenkins accepted the deal: “I knew that I shot and killed Mr. Oldham and Mr. Crook. I knew I did this, and my lawyer was telling me he knew we were going to lose. I didn’t want to take the chance of getting death.”

Had he known execution was not an option, he said he never would have agreed to the plea bargain.

It was not until two years after Jennings pleaded guilty and accepted a life sentence, however, that he discovered the death penalty was never an option.

A legal research assistant at the prison where he was incarcerated wrote a letter to Radolovich inquiring why he informed his juvenile client that he was eligible to receive the death penalty, when in fact state law prohibited such a punishment. The attorney responded with a letter of his own, saying: “Multiple homicides could make one eligible for the death penalty. That is something that was impetus to me to talk to Michael about possible settlement of the case [sic].” When pressed further about the fact that execution was never a possibility, Radolovich backpedaled, writing in a second letter to say that the prosecution had mentioned the possibility of “trying to seek a new interpretation” of the law.

Over the years, Jennings has filed numerous appeals, which the Kentucky Attorney General’s Office has challenged, and which state courts have repeatedly denied. In 2000, the Kentucky Court of Appeals affirmed his conviction and sentence, writing: “Given the substantial evidence of guilt, the nature of the crimes themselves in which each victim was shot repeatedly with a semi-automatic weapon, the appellant’s eight-month interstate flight culminating in his arrest in California, we are convinced that counsel obtained for appellant a substantial benefit and a very good bargain.”

But Gail Robinson, the state public defender representing Jennings, disagrees, suggesting that given her client’s age at the time and the circumstances surrounding the crime, he might very well have been convicted of manslaughter in the first degree, which carries a maximum sentence of 20 years.