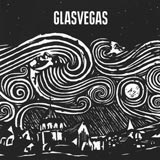 Scottish ambassadors break into America with longing narratives of infidelity, gangs and murder, and drench it all in swarms of fuzz, keys and throbbing, steady beats.

The good news is James Allan does the homeland proud: be the singer who happens to be Scottish rather than Scottish singer. By the end of “It’s My Own Cheating Heart That Makes Me Cry,” you’re raising a glass and swaying.

On the other hand, musical stagnation is pervasive — a byproduct of shoe-gaze tactics and producers James Allan and Rich Costey (Interpol, Muse). I could use some traditional Scottish instruments to balance the drone. For all his raw talent, Allan stumbles in lyrically and hopes melody alone will bail him out: His rendition of You are my sunshine … derails “Flowers & Football Tops,” followed by an equally cornball foible, What’s the story morning glory? He practically invites Oasis comparisons over for scotch.

No surprise there, either: Alan McGee, who signed Glasvegas and breathlessly touts them in a predictably hyperbolic, winner-take-all British press, signed Oasis. After watching the Gallagher brothers transform into walking metaphors of self-righteousness, Glasvegas — a name that merges hedonism and grand tradition — had better keep the hype machine in check.