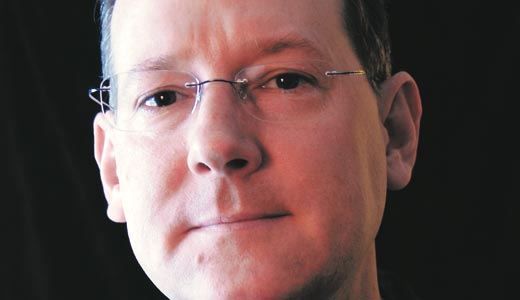 Nauck had several of these cylinders notched with recordings by a white Confederate soldier from West Virginia named Polk Miller. Though Miller’s father owned slaves, Miller’s backing band, the old South Quarette were black, and the group never had a problem getting booked all over the country. In between, they cut a series of two- and four-minute, banjo-saturated numbers with Thomas Edison’s most famous invention, the phonograph.

Flaherty fell in love with the material, particularly he says because Miller’s music was rarely written about. He began compiling Miller’s cylinder recordings and transferring them to CD for a commemorative package. He enlisted Nauck and Glenn Sage, a mastering engineer in Portland, to help transfer the music to CD for what would be “more of a booklet with a CD in the back,” Flaherty said.

Cylinders spin a 120 RPM, and the revolutios aren’t exact, making the transfer of the music a tricky prospect. That’s where Sage and Nauck came in.

At his studio in Portland, Sage designed a 4 1/2 –foot cone on a tripod whose electrical outputs went from the tone arm into a computer. “I took a whole day to (transfer) seven records,” Flaherty said.

The crackle and hiss are unavoidable, but for old time acoustic recordings — no mics, just players playing into a horn — the mood is right.

These sonic perfections, or imperfections perhaps, are what the Grammy judges noticed in nominating Flaherty, Sage, Nauck and another assistant engineer for winner of the Best Historical Album category.

“A lot of people really like the music,” Flaherty said. “It’s got the Civil Rights slant. It’s Got the Mark Twain tie,” he added, and it’s true Twain was a fan. “It rounds out to be a very interesting story of Americana. It’s cross-functional.”