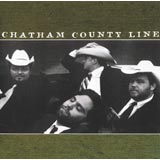 This reissue of Raleigh, N.C.’s Chatham County Line’s first album contains all the hallmarks of what you’ve come to expect from bluegrass: plenty of space, light-speed runs and faithful covers. Among them: Ned DuRant’s “The Legend of Old 99” and Bob Dylan’s “I Shall Be Released,” plus a cameo by Tift Merritt.

Born out of impromptu picking sessions at Raleigh’s infamous touring-band-crash-pad The Blue House, CCL’s debut doesn’t tread any new ground and is remedial — the overt references to Bill Monroe sound dated, an eight-minute story-song for John Hartford almost comes off as satirical, and you’re wondering whether he’s singing it as a joke or an experiment.

Now that Chatham County Line’s now on its fourth album, critiquing their debut is like a bully stealing lunch money; but there’s enough harmony, upbeat scales and carefree execution to hold your attention before you move on and buy their next three records. Lock in on “WSM 650” — likely an homage to the bluegrass underground show taped 300 feet below ground in Tennessee. Also “Butterwheel” and “Brings My Tears.”