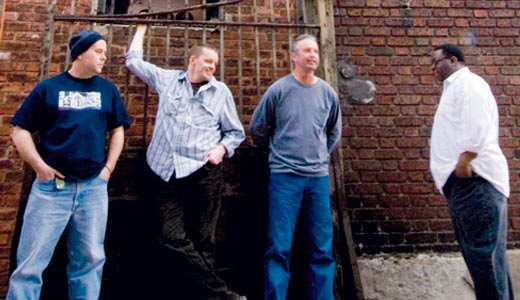 Silver Hollow
Louisville’s Arnett Hollow is opening what will apparently be the final Silver Jews performance, on Jan. 31 at Cumberland Caverns, 300 feet underneath McMinnville, Tenn. According to a post on Drag City Records’s website, Berman announced that he’s pulling the plug — calling it quits, if you will. The show is sold out.

On a more positive note, Arnett Hollow is wrapping up work on its new album, due out in later this year. Further news at www.arnetthollow.net.

They open for Grayson Capps & the Stumpknockers, making a return trip, and Nate Thumas (Dallas Alice) on Saturday, Jan. 31, at Phoenix Hill Tavern (644 Baxter Ave., www.pheonixhill.com). Tickets for the 21-and-over show are $10.

No Soul
The ’70s Soul Jam, featuring The Chi-Lites, The Delfonics and The Stylistics, at The Louisville Palace has been canceled, according to louisvillepalace.com. Tickets will be refunded at the point of purchase.

Time Capsule
On Jan. 28,1956, Elvis Presley made his national TV debut on the “Dorsey Brothers Show.”