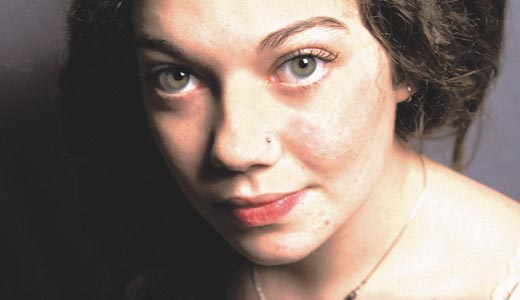 Alanna Fugate has just finished her second album in a year, and without further ado, a Live Lunch at 91.9 WFPK-FM Studios is scheduled for Friday, Jan. 9, at noon.

As always, seats are available on a first-come, first-served basis, with priority seating for station members. Arrive early. Later that night, she plays a combo CD release/listening party at Flanagan’s Red Room (934 Baxter Ave., 585-3700). Cover is $5; $10 gets you in and a CD.

Imaginary Boats & the Several Seas I’ve Sailed, released under her own Folked Up Entertainment label, is the follow-up to this year’s debut, Lost a Little. It features Mark Hamilton (guitar), Owen Reynolds (upright bass) and Jordan Ellis (drums).

“The title comes from one of the songs, actually one of the lyrics in the songs,” she says. “This one’s more of a full-band oriented CD — it really sounds more like a band now than just a backing band.”

The following Wednesday, Fugate embarks on an East Coast tour that finds her opening for The Duhks in Blacksburg, Va., and Ray Rizzo in Brooklyn, N.Y.

Video Widows
Young Widows were at the Pour Haus Sunday afternoon filming a video for “Old Skin,” from their latest record, Old Wounds. We’ll keep you posted when it’s up and visible.

LEO Music ’Cast
Follow The Train reaches its last stop Saturday at Headliners. Founder Dennis Sheridan explains the end, the band’s new album, Mercury, and what’s next for him. Listen at leoweekly.com, myspace.com/leoweekly, iTunes and Facebook.