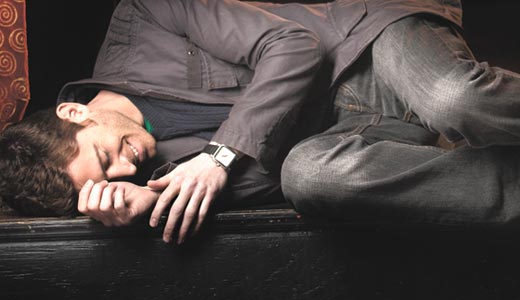 Thursday, Dec. 4
Falling somewhere between The Beatles and Megadeth, King’s X has plied its hard-rock harmonies for nearly 20 years. Thursday these tough Texans return for a show at the Phoenix Hill Tavern (644 Baxter Ave., 589-4957). Music starts at 8 p.m. Orange Sky and Superunknown open.

Friday, Dec. 5
Chico Fellini is an experimental pop-rock collective from Lexington. The vibe of the ensemble is akin to early Bowie or T. Rex but with a post-punk edge. The lineup includes bassist Emily Hagihara, who has a respectable solo career in her own right. This quirky crew plays The Pour Haus (1481 S. Shelby St., 637-9611) Friday at 9 p.m. For more information, visit www.myspace.com/pourhaus. The Genius File opens.

Friday, Dec. 5
“I was a late bloomer. I didn’t really start playing music until I was 17 or so. But growing up, I was always drawn to artists who were what I consider to be deep songwriters as well as compelling vocalists. John Lennon and Van Morrison would be the classic examples of what inspired me,” explains Brendan James, star of MTV’s “SoundTRACKER” viral video series.

Thus far, James has had an interesting musical trajectory.

The self-taught musician spent his youth in New Hampshire, attended college in North Carolina (where he sang in an a cappella choir) and eventually settled in New York City. Upon his arrival, James began playing club dates and sneaking into hotel ballrooms to practice on their pianos. His lo-fi demos from that era attracted Carly Simon, who subsequently mentored James until he landed a recording contract with Capitol in 2005.

When things fell apart at that label, James took his untracked songs (and some useful buyout money) and began to record them on his own terms as a free agent. Last year, James self-released an EP titled, appropriately enough, The Ballroom Break-In.

This project helped cement his reputation as a first-rate talent. It also caught the attention of certain television executives who wanted to help James break through in a big way.

As such, MTV has been on hand chronicling the day to day life of James as he completes his first headlining tour in support of his full-length debut album, The Day is Brave (this time for the Decca label).

Not surprisingly, James is happy to have a high-profile corporate helper along for the ride. “The experience of the ‘SoundTRACKER’ tour has been loads of fun,” James reflects. “The venues are intimate, and I have a great band together for this jaunt. Plus, it has been cool to have the cameras around to capture the highlights as well as the ‘Spinal Tap’ moments that inevitably go along with it. But honestly, I’m not particularly keen on having a typical reality show. So after a while, you have to forget the crew is there and just do your thing.”

Crafting catchy introspective songs is James’ thing.
“I think of that line in ‘Glengarry Glen Ross’: ‘a-b-c … always be closing.’ And for me, it’s ‘a-b-c … always be composing.’ Wherever I go, I am always working out bits of melody in my head or scribbling fragments of lyrics.”

They will be joined on stage by Oliver Wakeman (keyboards) and Benoit David (vocals) to perform a sampling of the band’s entire catalogue, which spans 40 years of musical evolution.