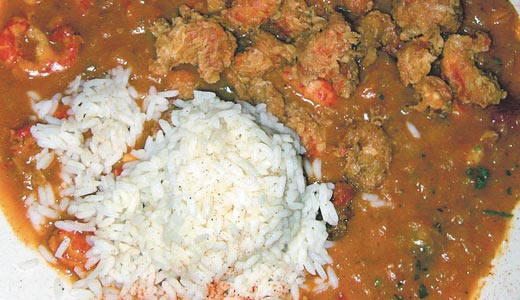 One year slouches to a close, another draws near, and if any subject dominates the conversation, it’s the economy.

With the closing of a number of high-profile independent restaurants toward year’s end, including Primo, Melillo’s, Park Place and Browning’s, and Seviche’s suburban operation on Goose Creek Road, there’s been a lot of media coverage — and abundant speculation — about the recessionary economy taking down our beloved local eateries.

We’re not so sure. It’s certainly true that in hard times, more than ever, those of us who love good eats and the fine independent restaurants that cook them need to get out there and support the industry with our business.

But a closer look at the local industry over the past year suggests that Louisville’s independent dining scene is a far cry from the banking industry or Detroit’s dinosaurs. You’ll find few toxic assets on your dinner plate, and lemons turn up only with our fish entree or in our iced tea.

Let’s take a look at the numbers: From late autumn 2007 through last month, my count shows 81 restaurants had closed in the Louisville metro area. During that same period, 103 new eateries opened their doors. Some urban-pioneer parts of town, particularly East Main and Market streets, have been shaky; but restaurant life appears busy and vital in the Frankfort Avenue and Bardstown Road “restaurant rows” and St. Matthews.

The restaurant business is a volatile field where it’s tough to keep a business going for years; the public is fickle and so are tastes. But the same year that has seen us lose the restaurants mentioned above, not to mention such treasures as The Jazz Factory, Rockwall, Ferd Grisanti and Mazzoni’s, has also seen us gain such new friends as Varanese, Red Pepper Chinese, Jarfi’s Bistro, Blackstone Grill, Bombay Grill, DakShin Indian, Charlestown Pizza, a squadron of mobile taquerias and many more.

And just last month, laughing in the face of the recession, Furlongs is back.

Furlongs closed its Frankfort Avenue quarters in 2005 (giving way to Sweet Peas Southern, which in turn closed and was replaced recently by Sol Aztecas). One door closes, another opens.

And so it is with Furlongs, which returned from exile in Lexington in November to open in the fine old building near Hurstbourne Parkway and Shelbyville Road that long housed Garrett’s and briefly was home to Frank’s Steakhouse. One door closes and another door opens.

We hit Furlongs on a weeknight and found it insanely busy, with almost every table filled and cars cruising the parking lot waiting for others to leave and make space.

I once described the old Furlongs as “a Louisiana-style restaurant with a horse-racing theme that unites the spirits of Kentucky’s and Louisiana’s racing industries. More than a few horsemen and horses spend their winters at Louisiana’s Evangeline Downs and Gulfstream Park before returning to the Bluegrass for spring and autumn racing, and I’d like to think that when they’re up this way, they find an amiable home at Furlongs.”

I’d venture that this description holds equally well for the new quarters, which, like the old meld, has a genteel old Kentucky atmosphere with a decided touch of the racetrack.

Like the old Furlongs, it contains a bar and several smaller rooms with dark, beamed ceilings, hardwood floors and heavy wooden tables. Heavy flatware comes wrapped in large white cloth napkins. Kentucky Derby and Churchill Downs memorabilia decorate the beige walls. With all the hard edges, it’s very loud in here, especially considering that a party of four just behind us was having a noisy good time. This is no place for a business meeting or quiet, romantic conversation, but it’s fun.

The menu appears quite similar to that from the old Furlongs, with price increases more than reasonable after a three-year hiatus. It’s a broad selection of Cajun and Creole dishes, with about 15 appetizers, soups and salads ranging in price from $5 (for the house salad or a cup of red beans and rice) to $14 (for a dozen baked naked oysters on the half shell).

A good 50 entrees, subdivided among specialties, poultry, pasta, seafood and steaks and ribs, are priced from $14 (for roasted garlic pasta, one of the few vegetarian dishes) to $29 (for mignon ecrivesse, a 9-ounce filet mignon topped with crawfish etouffée). Many of the dishes gain their Acadian character from plating on jambalaya or etoufée; blackening, the nouveau Cajun preparation that Chef Paul Prudhomme made famous, is still available on a few dishes but seems to be fading away as a food trend.

Adult beverages include a moderately long wine list with a few triple-digit items at the high end but many in the $20-$30 range. Cocktails and martinis are whimsically named after Derby winners, and about two-dozen bottled beers include a lot of mass-market labels plus a couple of Louisiana beers and a few Kentucky microbrews.

We zeroed in on the “Our Specialties” menu section, figuring that’s where a restaurant will want to show its stuff. I paused with curiosity over deep-fried lamb chops ($25, served over jambalaya potatoes with andouille gravy) but then shook my head and moved on to something a little more traditional.

Furlongs salads (which come with most entrees, as do hot bread and a side dish) were well made. Mesclun lettuces were tossed with grape tomatoes and sliced raw red onion and salty, savory crunchies that we couldn’t quite figure out until the server gave the secret away: French’s onions! Blue cheese dressing, served on the side as requested, was thick and creamy, loaded with chunks of tangy cheese.

We started with a shared platter of baked naked oysters (six for $8 or, our choice, 12 for $14). These are oysters made for the wary, served on the half-shell just like the real thing but cooked through for reassurance. Cooked under a blanket of grated romano cheese and garlic butter, they were served in their shells on a sheet of red-checked wax paper. I’d just as soon have mine au naturel, really, with a shot of lemon juice and maybe a dash of Louisiana hot sauce, but these aren’t bad, not bad at all.

Main courses were generously portioned, to say the least. There must have been 50 or 60 crawfish on my plate, and my wife’s pick, the baked duck, was huge.

The “crawfish half and half” ($18) consisted of crawfish etouffée with a glistening, spicy thick roux, a shallow pool that filled the plate, with a mound of sticky white rice posed on one side and a generous ration of crisply breaded-and-fried “popcorn-style” crawfish scattered on the other. My side-dish option, long-simmered green beans, gained a distinct Cajun accent with strips of hot-and-spicy Tasso ham.

The slow-roasted crispy duck ($21) was an entire half-duck, roasted golden brown. It tasted almost as if it had been deep-fried like a Cajun turkey, but the menu said baked, and I believe it. The duck was plated on a hefty ration of long-cooked jambalaya loaded with veggies and spice. Her side dish, a twice-baked potato topped with cheddar, was almost enough to make a meal.

With two Blackened Voodoo Lagers ($4 each) for a meal generous enough to send us home with plenty of leftovers and no room for dessert, the $65.66 toll wasn’t bad at all. I added a $14.34 tip: When there’s a recession on, going well over 20 percent for competent, cordial service is the right thing to do.

Juan Deleon, proprietor of Tacos Toreados, the taco trailer featured in the Dec. 17 LEO Weekly, reports that the operation moved to a different East End location as of Dec. 19. Now you’ll find it on Westport Road at Hermitage Way, opposite the Jefferson County Public Schools’ Tapp school in the old Westport High School, 8800 Westport Road.