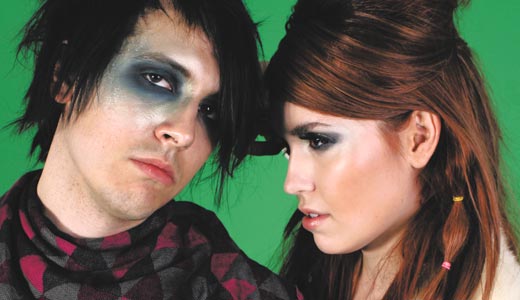 As one half of the duo Trash Yourself, John Bourke is making a name for himself as producer and innovator, and he’s doing it all from Oklahoma City, Okla. As Bourke explains, the dance music scene is as vibrant and unpredictable as it has ever been.

LEO: How did you get into dance music?
John Bourke: I was into industrial music when I was in middle school. I was interested in electronic sounds and keyboards. I bought a Kurzweil when I was around 14, after working at an Italian restaurant for $3 an hour. One of my friends’ older brothers was throwing raves at the time. I started helping him throw parties and DJing at the events. Been having fun ever since.

LEO: I was reading a message board on okdancemusic.com, and one poster discussed the “good ol’ days.” How healthy is the dance music scene there now?
JB: Oklahoma still has cool things going on. Keep in mind the people on that board are older. That’s not a way that younger kids communicate here. Those were the good ol’ days to the people that are posting on there. A lot of them listened to drum and bass or trance, and that is dead here now. So yeah, they are right in a sense. But we have created a whole other movement here. For all the kids that are coming out now and listening to electro, they are going to look back on the events we are doing now as the good ol’ days. Right now is a special time in its own right.

LEO: Stellar Music founder DJ Love and Shiny Toy Guns are from Lawton and Shawnee, Okla., respectively, but they’ve both relocated. Do you see more DJs and dance music artists sticking close to OKC?
JB: Treasure Fingers is from here, too, actually. I’m really close to the STG guys. I had a band with Chad before STG blew up. They still live here technically. They are just gone all the time on tour or to record. They are home now for the holidays. The Flaming Lips are from here and still live here. Wayne lives a few minutes away from me. Every Halloween, he does some crazy stuff at his house, only the kinda things Wayne could think up. I just think it’s cool he stays in town for Halloween night. The Flaming Lips could play anywhere that night and get paid sacks of cash, but he chooses to stay in town. He also helped organize OKC’s Halloween parade. We just had the second year. Pretty rad. At the end, they had 1,000 people dressed up as skeletons with torches. There’s literally fire for as long as you can see. It’s easier now to be in Oklahoma because of the Internet. You can really live anywhere in this day and age and do what you want.

LEO: You’ve said you’re looking to get back into the studio and write more material. Will this be for another Trash Yourself project?
JB: Yeah, trying to finish some remix projects and do some more Trash Yourself originals. We are doing some collabs with some amazing artists, but I probably shouldn’t say who yet.

LEO: What kinds of things do you want to do differently on this next effort?
JB: We are doing a lot of different things. More bangers, another that’s kinda rappy and some melodic things for a change of pace.