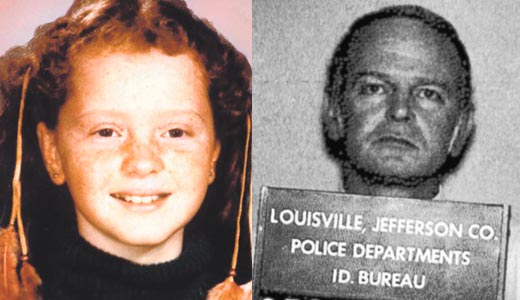 Inside a dimly lit conference room at Louisville Metro Police headquarters, a weathered photograph of Ann Gotlib is projected onto a white screen. The image of the fair-skinned 12-year-old with red hair, freckles, bluish-gray eyes and a slight smile has been disseminated on missing-person posters nationwide and has haunted the city for 25 years.

Now, police finally believe they know who kidnapped and killed Gotlib on June 1, 1983: Gregory Oakley Jr., a suspect early in the investigation who was inexplicably disregarded, despite strong evidence linking him to the crime.

Earlier this year, the suspect’s ex-girlfriend came forward with new information tying Oakley to the crime. But because Oakley died in 2002, he will not be formally charged, making this major development in Louisville’s most notable unsolved crime bittersweet.

Several months after Gotlib vanished from the parking lot of Bashford Manor Mall — leaving behind only her red-and-white bicycle — Oakley was arrested for attempting to rape a redheaded 13-year-old girl who lived near the mall. During the course of that investigation, a detective interviewed the suspect about Gotlib’s disappearance.

“I felt at the time he was going to be a good suspect on Ann Gotlib,” says Bobby Jones, the retired detective who questioned Oakley. In addition to remarkable similarities in the two cases, there was ample evidence supporting the detective’s hunch: Oakley had a history of assaulting young girls, the suspect made a transaction at a bank branch inside the mall the day Gotlib disappeared and he failed a polygraph test.

Despite the evidence pointing to Oakley, higher-ups in the police department ordered the detective to “back off” on the suspect until he was convicted for the attempted rape. Ultimately, he was found guilty in that case and spent 18 years in prison before being released due to terminal lung cancer.

But Jones never was permitted to renew his efforts on the Gotlib investigation, which eventually was turned over to the FBI. “It was very frustrating,” says the white-haired ex-officer, speaking to reporters at a press conference announcing the breakthrough in the case. “I’d just like to apologize for not being more aggressive. But at the time, I was following orders from my superior officers.”

After last Thursday’s press conference, Commonwealth’s Attorney David Stengel met with Gotlib’s parents — who have asked not to be contacted by media at this time — to discuss the possibility of posthumously indicting the suspect. The city’s top prosecutor deliberated over the weekend, and ultimately determined pursuing an indictment was not appropriate.

“I believe Oakley is the perpetrator. I believe the evidence is strong enough to indict and convict beyond a reasonable doubt,” Stengel said in a statement released Monday.

Although Gotlib’s father asked that the case be presented to a grand jury, Stengel explained that even if that were to happen, a judge would immediately dismiss any indictment because the defendant is dead. In addition, he said a defendant should have the right to respond to criminal accusations, regardless of “the heinousness of the offense or the revulsion we hold for him.”

Born and raised in southern Alabama, Oakley moved to Louisville in the fall of 1982 to work as a meat inspector for the local USDA office. By that time, he already had a sordid criminal past that included attacking three 13-year-old girls, including his own stepdaughter, with a hypodermic needle.

As a veterinarian, Oakley had access to a wide range of drugs, like the painkiller Talwin, which authorities believe he used to kill Gotlib.

In response to renewed media coverage sparked by the 25th anniversary of Gotlib’s disappearance, Oakley’s ex-girlfriend contacted police a few months ago to discuss the case. The woman previously lived with Oakley in an apartment near Bashford Manor, and said he returned home at about 11 p.m. the night Gotlib disappeared and asked her to wash his clothing.

The new information prompted investigators to re-interview Oakley’s former cell mate, who, in 1992, told police Oakley admitted to killing Gotlib by injecting her with a lethal dose of Talwin. At the time, his story was not considered reliable because the prisoner had a record of lying.

Although police are confident they have identified the right suspect, the case will remain open with the hopes of locating Gotlib’s remains.

“I guess people did fear him,” says Lt. Barry Wilkerson, head of the homicide unit, referring to Oakley. “Maybe with him being deceased, maybe that will help relieve anxiety and people will come forward with more information.”