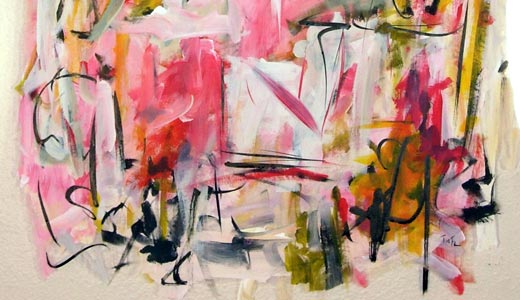 On the second night of Christmas/Ray Rizzo brought to me … The drummer and former LEO Weekly columnist has assembled a musical evening featuring more local talent than can comfortably fit on The Rudyard Kipling’s stage. The Sandpaper Dolls, Scott Anthony, Matt Scobee … it seems like it’ll be as much party as concert. The description isn’t big on structure and formality, going instead for an atmosphere where friends are imbibing freely and goading each other to vocal and instrumental “Can you top this?” Note that the listed cover is just a suggestion — this is a “pay what you can” affair. And we’ll see if we get dueling Elvis numbers from Brigid Kaelin (who talked herself onto one of Costello’s sets this year) and Todd Hildreth (who sat in with a Presley impersonator’s big show this month). —T.E. Lyons

A year that sucks deserves to be laughed away. Your best comic medicine this weekend is the brilliant Rich Ragains. A contributing writing for “National Lampoon’s Sports Minute (Or So),” Ragains performs at top comedy clubs around the country and has opened for stars like Dave Chappelle. He’s joined by L.A. comic Torian Hughes, ACE Award nominee and star of the TV show “Busted Knuckles.” And to complete the year, two New Year’s Eve shows at the Caravan feature the “R&B star of comedy,” Spanky Brown, with our local comedic genius, Stewart Huff. Go, and tell 2008 it can kiss our ass. —Jason Sitzes

Anything goes for Joe Savarino. The Fort Wayne, Ind., musician who plays under the name Oil Snakes has shed (most of) his punk leanings with this project and calls his music a mix of polar opposites. His foray into a blend of “found noises” found him onstage at last year’s Warped Tour stop in Indiana. He stops at Derby City Espresso with fellow Hoosier folkie Scott Darda and the Trampolines. In case your suspicions of gimmickry are on high alert, Savarino has a blue streak of social consciousness running through. His MySpace page links to freerice.com. In addition to a vocabulary game, Free Rice partners with the United Nations World Food Programme to provide free rice to the hungry worldwide. “It’s something better to waste your time on,” Savarino says. —Mat Herron

Backpacks in the Raw

Raw Sushi Lounge is putting its charitable cap on thanks to this Saturday’s “Blessings in a Backpack” fundraiser.

The Louisville-based charity Blessings in a Backpack feeds elementary school kids whose families qualify for free or reduced meals but don’t have enough food on the weekends. It is funded by private and public sources. Blessings also provides backpacks to students at schools across the nation that donors “adopt” to participate in the program. After a donation is made, the group selects a school and local grocer to provide the meals every Friday. The charity feeds kids in Indiana, Florida, Michigan, Missouri, California and New York as well Kentucky, and $80 feeds a child for an entire school year.

The festivities start at 7 p.m., DJ Spin mans the turntables at this event, and there is a dress code: no plain tees, ball caps or athletic wear. —Mat Herron

This time of year, you can’t throw a stone in a bar without hitting a former classmate. It’s like a high-school reunion without having to wear a nametag or find a hot date. While you reconnect with former acquaintances and try to figure out who has the best life, the Louisville comedy troupe Project Improv is reconnecting with former members for a one-night-only show on Saturday at the Pink Door. Currently six members strong, there are more than eight confirmed former improvers returning for the show.

Dario Konjicija is flying in from his current residence in Austin, Texas. “The most exciting thing for me is being able to perform together again. It’s been some time since we have seen and acted with each other,” he says. “We all moved to different parts of the country.” —Sara Havens

Wait, don’t start the diet just yet — we’ve still got one more party left … or rather, one more week of partying. Kwanzaa is celebrated worldwide from Dec. 26-Jan. 1 and honors African heritage. In this here city, the Archdiocese of Louisville’s Office of Multicultural Ministry hosts its annual citywide Kwanzaa celebration on Tuesday. Festivities include African dance and drumming, poetry, recognition of community elders, food, drink and door prizes. And to keep things all warm and fuzzy this holiday season, mittens and hats will be collected at the door to be distributed to different women’s centers and shelters. —Sara Havens

Everyone has a little “une boite d’os” lying around. Or, as Tim Faulkner says, “a more poetic description is simply ‘a collection of things.’”

“In our first 11 months, the gallery was able to move spaces within the same building and more than double in size,” Faulkner says. “No question this year was tough, but much can be accomplished when you refuse to roll over and play dead. Art is still alive; it’s just that sometimes you might need to scream a little louder. Bravo to all of you with a voice!” —Jo Anne Triplett

To understand Fluxus is to go with the flow. The international group of visual, performing and literary artists worked in a loose 1960s and ’70s adaptation of Dadaism. The artists lived by their muse, unconcerned if the end product was commercially viable. They valued spontaneity and playfulness, whether working as individuals or in a group.

Fluxus is not really an art movement but an attitude. The art is simple, fun and mixes different media (the Fluxus word is “intermedia”).

“The Art of Experience” exhibition has more than 60 pieces owned by Cincinnati art collector Michael Lowe. The Fluxus artist with the most name recognition, although not for her art, is Yoko Ono. Other artists in the show are Ay-O, George Brecht, Robert Filliou, Henry Flynt, George Maciunas, Nam June Paik, Takako Saito, Ben Vautier, Wolf Vostell and Bob Watts (a U of L grad). —Jo Anne Triplett