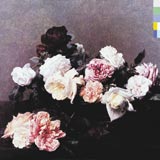 For “Blue Monday” alone, New Order is one of the all-time great bands, but the fact that they were able to produce tons of great tunes and albums solidifies the legend even further. As part of their plan to eventually re-release deluxe editions of every album in the Warner’s catalog, Rhino has gotten their hands on the first five New Order albums — the stuff that was released on Factory Records in Merrie Olde — and supplemented them each with the appropriate B-sides, outtakes and remixes.

Movement finds the band still suffering from a Joy Division hangover, but by the time Power, Corruption & Lies rolled around, the definitive New Order sound was firmly in place. Each of these albums (save maybe for the debut) are bona fide classics, but if you can only buy, say, two, go with PC&L and Low-Life. By the time Technique was released, things start sounding almost untouched by human hands, and that was always New Order’s best quality — their fusion of brooding, post-punk rock to throbbing, synthetic Eurodisco.