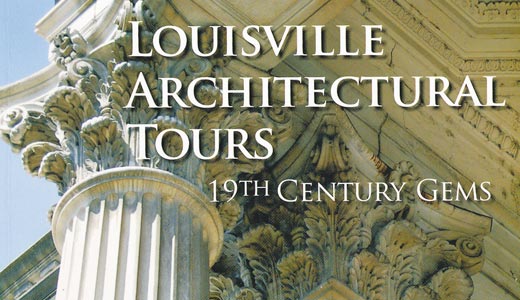 I pride myself on knowing about Louisville’s historical architecture and districts, but this book held some surprises for me.

The 19th century is well represented here: Old Louisville is the nation’s largest Victorian neighborhood. We have the second largest concentration of buildings with cast-iron façades (behind New York City’s SoHo district). We may now also be No. 1 in shotgun houses. We were once second only to New Orleans, but after Katrina, who knows?

“Louisville Architectural Tours” is divided into our many neighborhoods, each chapter representing a short walking/driving tour, illustrated with 67 gorgeous color photographs.

Author Lisa Westmoreland-Doherty is a historian who happens to be a good storyteller. She weaves her personal family history through the Butchertown section, then finds people in other neighborhoods to share their family lore. She believes that “stories are the substance that holds our society together. Stories are the thread that binds together the past and present, creating the colorful and interesting communities …”

The book is a history lesson told through architecture and neighborhoods. The author’s passion for her subject is evident. She discusses Native American history’s effect as well as that of the Underground Railroad. Westmoreland-Doherty describes local curiosities such as the Hiegold House façade, The Petite House (Davis House) and the Pink Palace.

“Louisville Architectural Tours” is well organized. The glossary of architectural terms at the beginning is of great help when looking at a particularly interesting whatchamacallit. There’s also a historical timeline as well as an overview of distinct architectural styles.