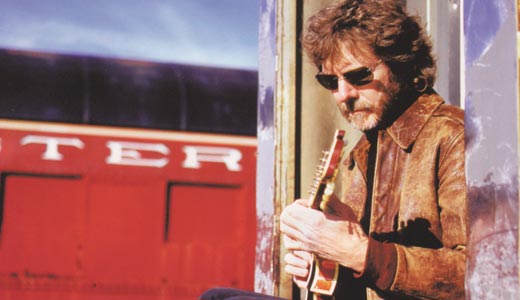 Sam Bush and other dignitaries were on hand Saturday to announce the March 6 Bluegrass Hotel & Music Festival. The event will benefit the American Cancer Society.

Newgrass revival
The Bluegrass Hotel, a Victorian mansion in Cherokee Park, was a home to the newgrass movement in the 1970s. This updated twist on bluegrass was led by artists like Sam Bush, J.D. Crowe, Ricky Skaggs and Tony Rice, among others.

This Saturday, some of those luminaries were on hand to announce the Bluegrass Hotel & Concert Festival, scheduled for March 6 at the Galt House. The concert will benefit the American Cancer Society. For more info, visit myspace.com/bluegrasshotel.

Down Dixie
David Yates and Mike Reed of Reed Brothers Band have released a new DVD that pays tribute to the Louisville music scene, with an emphasis on wide, wide Dixie Highway.
“Dixie Highway: A Tribute to the Kentucky and Southern Indiana Music Scene” features live performances and interview footage with Mom’s Music founder and Elysian Fields drummer Marvin Maxwell. A portion of the proceeds from DVD sales will go to Musicians Emergency Relief Fund. For more information, visit reedbrothersband.com.

Double shots
Kessler’s Friends, whose lineup included the late John Elmo Kennedy on guitar, has two new live discs out: a double album called Extended Live Coverage, and Live At The Phoenix Hill Tavern. The PHT disc was recorded in the late ’80s as part of WLRS-FM’s midnight broadcasts from the venue.

LEO Music ‘Cast
Whiskey Bent Valley Boys join us in the offices. Hear it at leoweekly.com.