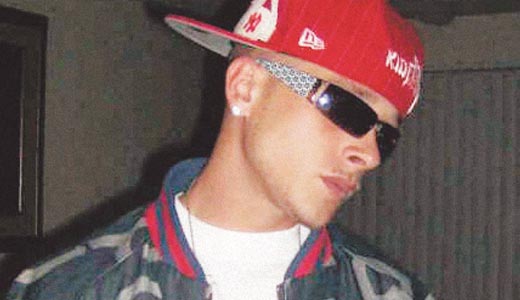 That Mike is Green

Louisville MC Mike Davis, better known as Kid Mike, will have a track on a new mixtape put out by DJ Green Lantern, the DJ for Eminem and 50 Cent, among others.

The song “Stackin’ Chips” appears on DJ Green Lantern Presents: Monster Mash Part III, which hits stores nationally Dec. 14, but you can download it for free for one month from myspace.com/troopent.

“The song is based on people with talent, really,” says Davis, who’s rapped for eight years and says he’s recorded roughly 400 songs. “There’re a lot of rappers. I consider myself a musician. That song was comin’ real strong and confident. I’m the guy that you guys write about, but I’m really the one living it.”

Davis says Lantern found him out of thousands of submissions. “I didn’t even realize they would jump to it,” he says.

Davis is now working with Paul Gold, an independent beatmaker and producer out of Hamburg, Germany, who sells beats to Universal. Davis is planning a March follow-up to this year’s Wartime.

Slithering Beast visit the LEO offices to talk about the release of their latest album, Midnight Royalty, on Sophomore Lounge Records. The band plays at Keswick Democratic Club on Dec. 13. Listen at leoweekly.com, myspace.com/leoweekly or on our Facebook page.