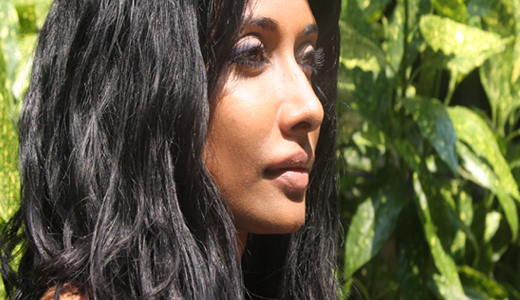 “We have troops in that country, we have personnel there, we have money there. There’s no reason why we shouldn’t have more information coming out of these countries where there is such a U.S. presence,” says filmmaker Roshini Thinakaran.

Her latest documentary, “What Was Promised,” explores the U.S.-led initiative to train and recruit women into Iraq’s army and police force after the overthrow of Saddam Hussein’s regime. In conjunction with the World Affairs Council of Kentucky/Southern Indiana, Thinakaran will be in Louisville Tuesday for a screening of “What Was Promised” at The Rudyard Kipling.

Thinakaran and an all-Iraqi crew filmed in Baghdad from December 2007 to May 2008. The film, which has only been screened twice, debuted at the National Geographic All Roads Film Fest in September and was nominated in the Best Documentary category.

As a National Geographic Emerging Explorer, Thinakaran, 31, is familiar with filming in hostile environments. She’s worked on several films for Women at the Forefront (www.womenattheforefront.com), a project she formed that examines war through the eyes of women. “Women & War: Liberia” was her first documentary.

“It was challenging,” she says about filming in the war-torn Baghdad. “I used an all-Iraqi crew not only for production but for security. I was traveling around very low-key. I had a place inside the Green Zone and outside. I was getting information that a lot of people who lived inside the Green Zone — even the military — weren’t privy to because I was talking to the women who were recruited. I was delving into a topic not many people knew about.”

Thinakaran followed four Iraqi women who signed up to join the security force — three army and one police — which was a U.S.-led initiative and seemed to be, at the time, a step toward democracy and equal rights in male-dominated Iraqi society. As the women faced criticism, sexual harassment and violence, U.S. officials failed to protect the women they encouraged to join.

“It’s about how the U.S. coalition went about recruiting these women,” Thinakaran says. “The euphoria that was felt in those days and how excited these women were. And then the fact that it was poorly executed because there wasn’t much planning — there wasn’t much recognition of cultural norms.”

The female integration plan stopped shortly after; however, Thinakaran says, a similar effort has emerged. “Society does need some type of female representation in two of the most important ministries in Iraq — the Ministry of Defense and the Ministry of Interior,” she says. “It’s still dangerous. There’s still a lot of work that needs to be done. The general public does not trust them (Iraq security). There needs to be a lot of trust that needs to be built. I think it’s happening, but at a very slow pace. There’s still a lot of corruption as well.”

Thinakaran has pitched the documentary to HBO, PBS and various distribution companies. Meantime, she intends to screen it across the country. Thinakaran and members of the WAC will lead a discussion after the film Tuesday night.

“I love doing these types of screenings and having discussions,” she says. “It just spreads the story.”