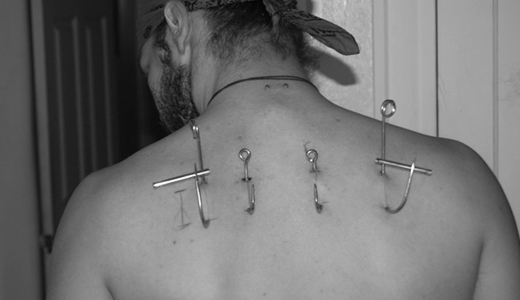 Where have all the media critics gone?
It’s been said that media criticism is essential to defending democracy. Maybe that’s an exaggeration, something to make columnists and bloggers who spend their days and nights reviewing the news seem more ostentatious. And while plenty of national organizations are dedicated to tracking the accuracy and biases of the mainstream media, there’s a dreadful shortage of reliable critics locally.

Asking, “Where have all Louisville’s Media Critics gone?,” the Society of Professional Journalists’ Louisville chapter is holding a panel discussion featuring three men who know a lot about watching, reading and listening to the news: Tom Lindlof of the University of Kentucky, former LEO Weekly media critic Tom Peterson and Rick Redding, blogger-in-chief at The ’Ville Voice.

Moderated by former Courier-Journal ombudsman Linda Raymond, who now teaches communications at Bellarmine University, the post-election media analysis ought to be worthwhile, especially for those seeking more insights into local media. For beginners, here’s a quick starter question: If journalists are the watchdogs of democracy, who are their trainers? —Phillip M. Bailey

Louisville photographer Charlie Read has only one ear pierced, which probably disqualifies him from this photographic archive, which includes hundreds of shots of extreme piercings and suspensions (hanging by the flesh of your back … by hooks!). Read will showcase his work this month at Derby City Espresso.

“It sounds brutal, and you’d expect that brutality to show up in the people. The big surprise here is the people are all nice and do this more for spiritual reasons — conquering pain, the thrill of success,” he says. “I wanted to do this show to find out why people do the things they do, and the desire to share it with others.”

The opening reception Friday night will include a live suspension and participants with extreme piercings, including someone with cinderblocks dangling from his nipples. Read says there’s no chance you’ll see him hanging from a chain. “Anybody who approaches me with a hook like that has a serious fight on their hands.” —Sara Havens

Greg Gillis, aka Girl Talk, has to worry about a lot of things, but the liberal use of samples on his new album, Feed The Animals, isn’t one of them.

Gillis used hundreds of samples from artists like Roy Orbison, Procol Harum, Sly & The Family Stone and The Band to create this, his fourth mash-up record.

“It should fall under ‘fair use’ with United States copyright law,” says Gillis. Though the threat exists, “it’s not something I lose sleep over.”

A past headliner at the Forecastle Festival, Gillis has sampled his way out of basement parties in his hometown of Pittsburgh into the likes of festivals and larger stages — a reward for spending all that time splicing and mixing on his laptop.

“The world of sample-based music is limitless,” he says. “For me, the process is so trial-and-error. I can work for a day or a week and find nothing that works.”

His loop-based software also allows him to hang out in the crowd, so don’t be surprised if Gillis is standing right next to you, dancing along. CX Kidtronik and The Death Set open. —Mat Herron

Nigel “Hollywood” Holt is nothing if not a creature of inspiration. The Chicago hip-hop devotee overheard someone jamming David Essex’s “Rock On,” which prompted him to halt everything, run home and download the track, playing it to death ever since — without a hint of irony. You can download his newest mixtape for free, and he’s in the running to become one of URB Magazine’s “Next 1,000.”

He joins Craig Pfunder and Mark Palgy, aka VHS or Beta Deejays — who, like Holt, have a fondness for the moped — as well as Curtified from Flosstradamus for a DJ show at Fuzion. —Mat Herron

Led Zeppelin is the greatest rock band ever. (No. 2? Papa Roach, duh.) Led Zeppelin is not coming to Louisville, ever. However, classical conductor Brent Havens will be teaming with the Louisville Orchestra to present “The Music of Led Zeppelin” at the Kentucky Center, crafting something a little classier than your typical tribute band. Just imagine all your Zep favorites, beefed up and blasted out by a mighty symphony. This show promises to be epic.

Providing vocals will be Randy Jackson — no, not that Randy Jackson; this Randy Jackson fronted the heavily Zep-influenced power trio Zebra, so the man can hit all the notes. This is why God invented orchestras, people. —Jay Ditzer

John Dominic Crossan
How do spiritual Americans react to the possibility that their leaders have become power-mad? One of the world’s foremost New Testament scholars addresses issues of global justice and violent aggression in a two-day lecture series coming to Bellarmine University. John Dominic Crossan will be speaking at Frazier Hall on the subject “God and Empire” on Friday (starting at 7:30 p.m.) and Saturday (9 a.m.-3 p.m., with lunch for advance registrants). Taking off from his book of the same name, Crossan discusses parallels between Rome and contemporary empire-builders. Advance registration is online at www.midkentuckypresbytery.org. —T.E. Lyons

Nov. 7-9
Choreographers’ Showcase
The Louisville Ballet once again presents its annual Choreographers’ Showcase, featuring original work by emerging and established local dance choreographers. This isn’t just ballet, mind you — anything goes, from classical to modern with a wide range of musical accompaniment. There will be three performances at the Ballet’s downtown studio space. There are 16 new pieces slated for this year. Space is limited, so buying tickets in advance is encouraged. And for the uninitiated, it should be noted the Choreographers’ Showcase is also presented in a fun, casual atmosphere (read: wear your jeans). —Kevin Gibson

For the past 12 years, the Festival of Faiths — courtesy of the fine folks at the Center for Interfaith Relations — has come ’round once a year to push you to challenge your beliefs, assumptions and expectations of and about the world at large. This year, under the theme “Coming of Age through the Eyes of Faith,” the festival will include author and former Green Party VP candidate (with Ralph Nader) Winona LaDuke, African medicine man Malidoma Somè, author and founder of the Center for the Story of the Universe Brian Swimme, and many others. This is some seriously fascinating stuff that, if nothing else, can remove you from the electoral malaise of the past year.

The fest includes 39 events at more than 25 locations around the city, with full details at www.interfaithrelations.org. —Stephen George

Seek and ye shall find: The Kentucky Museum of Art and Craft’s artist-in-residence, Margaret Semrau, is placing 47 pieces around the city. Look for the yellow bags.

“It’s mark-making in the city,” Semrau says. “All around the neighborhoods like downtown, St. Matthews, Old Louisville, Portland … I put them in bookstores and grocery stores, on church pews, bus stops and park benches. I’m getting to know the city and the city to know me.”

The metalsmith wants the finders to e-mail her at [email protected] Let her know what you think and, if possible, send a photo of yourself with the art.

If you don’t find her objects on the streets, visit KMAC. Her pieces are in the museum’s gallery and are also featured in the holiday show Holidazzle (through Dec. 31). You might also be able to see her at work on the third floor through Dec. 18. —Jo Anne Triplett