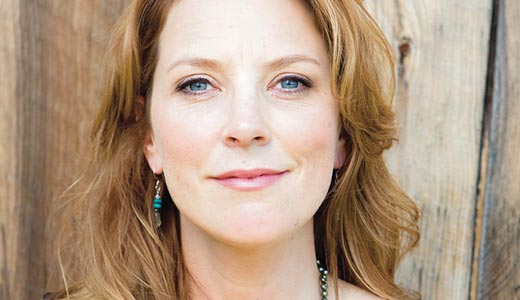 <POETRY>
Thursday, Nov. 20
Get slammed
We know you’ve got words. So let ’em fly. Kentucky Jobs With Justice and the Kentuckians For The Commonwealth are hosting a Post-Election Poetry Slam Thursday night. Both groups are uniting to present this first-ever, non-partisan poetry slam hosted by Afrykah WubSauda. So if you can “bring it” in verse to cover politics and social justice (without profanity or sexual innuendo), this event needs your talent. Five judges will award cash prizes for first ($300), second ($200) and third place ($100).

Bloomington, Ind., scribe Nathaniel Seer is going as far as his fuel-efficient Toyota will take him, but that might mean getting a little help from show-goers. He joins O.K. Zombie, the brainchild of Nick Peay, for a show at Jenicca’s, the East Market Street enclave that announced it will close its doors at the end of the month. Seer’s breathy delivery, in the vein of Nick Drake or Jeff Buckley, backs up dark poetics that, at first glance, come off as pretentious. Then you listen closer, and it’s a valiant attempt at unabashed eloquence. —Mat Herron
Jenicca’s Café & Wine Bar
636 E. Market St.
457-1487
Free; 8 p.m.

<CLASSIC>
Thursday, Nov. 20
Louisville Orchestra does Beethoven
The story goes that Ludwig van Beethoven was an admirer of the idealism of the French Revolution and had even penciled in the name “Bonaparte” on the opening page of his third symphony (1803). But when Napoleon proclaimed himself Emperor and launched into conquest, Beethoven immediately disavowed himself of Napoleon and renamed his new symphony “Eroica,” an abstract hero.
But what is more important than the liner notes of European politics is the work itself, as a landmark in the development of the symphony as the giant form of classical music. Beethoven’s “Symphony No. 3” — which will be performed Thursday by the Louisville Orchestra, under the baton of Music Director Jorge Mester — changed everything. It lifted the symphonic form from the thoughtful formality of Haydn and Mozart (and Beethoven, himself, in his first two symphonies) to a vast orchestral canvas of romantic idealism. Majestic and pathetic and passionate … heroic! —Bill Doolittle

In the minds of some of the most adventurous souls, both blood and hormones flow as an expression of freedom. Steven Johnson Leyba’s career has been all about running ahead of the bleeding edge, trying to capture its shifting essence with mixed-media paintings. The results are bizarre in the truest sense, with the immediate impact of sex confronting the audience straight in the face … and then the contortions start. Leyba’s work has won the admiration of William S. Burroughs and H.R. Giger, not to mention scenesters into Goth culture and alternate sexualities, as well as those who like to see innovative art as a voice in the politics of the extremes. Derby City Espresso is hosting Leyba with an evening of startling imagery, readings from his new memoir and music (DJ Count Grozny is spinning). —T.E. Lyons
Derby City Espresso
311 E. Market St.
442-0523
$5; 7 p.m.

President-elect Barack Obama has given new life to the discussion of race in America, in large part because he represents the best part of the relationship.

“When you’re black, you look at America a little differently,” comedian Chris Rock said. “America is like the uncle that put you through school — but molested you.

Once regulated to fiction, an entire generation will grow up with a real world black U.S. president in the White House, which represents a seismic quake that has crumbled the concrete ceiling of racial limitations. For many, the Obama presidency will be a source of renewed optimism, but for good reason others are cautiously pessimistic.

One prudent scholar is Ohio State University Professor Rudolph Alexander Jr., who has a biography that says why the racial odyssey in America cannot be washed away in one election. A former death row inmate who served eight years in prison before having his sentence reduced to life in prison and then paroled after his appeal and some applicable Supreme Court rulings, Alexander now teaches social work at OSU. He’s scheduled to give a public talk on his book, “Race, Politics and Criminal Justice,” at the University of Louisville that is expected to connect the dots to current events in politics and criminal justice, and particularly president-elect Obama. —Phillip M. Bailey
Ekstrom Library, U of L
852-0751
Free; 1-3:30 p.m.

Anyone who wants to know why they’re called The Howlies need listen to their great beach make-out anthem “Sea Level.” You can hear the track on Little Steven’s show, because this Atlanta foursome has a lot of garage in their bona fides. But they stretch things with a vivacious confidence, as you’ll hear when they play Lisa’s Oak St. Lounge on Monday.

This won’t be a strict purist’s Ramones-style garage set. Their soon-to-be-released full-length bounces from a way-melodic “Angeline” (a sweet and potent tune built on the marching drums from “Road to Nowhere”) to “Natural Thing”’s twisty tour through the native lands of the Smithereens, The Strokes and Violent Femmes. The harmonies are great on record (nice work having legendary Kim Fowley produce), but is this band going to be too busy re-creating the recordings and projecting their brand as they take to the stage? Should be worth it to find out. —T.E. Lyons
Lisa’s Oak St. Lounge
1004 E. Oak St.
637-9315
$5; 8 p.m.

Grammy-nominated singer/guitarist Susan Tedeschi returns to Louisville on Tuesday with a show at the Brown Theater in support of her new album Back to the River. The disc features contributions by ex-Jayhawk Gary Louris and Tedeschi’s husband Derek Trucks, and features heavy doses of her signature blues and even a little funk. Revered for her guitar prowess and powerful voice (she has drawn comparisons to Bonnie Raitt), Tedeschi, who has opened for B.B. King and Bob Dylan, is also well known for her presence and energy in a live setting. She will be joined by her six-piece touring band, with British soul singer James Hunter opening the show. —Kevin Gibson
Brown Theater
315 W. Broadway
584-7777
$25-$38; 7:30 p.m.

Anessa Arehart and The Nitty Gritty are perfect for each other. Arehart’s paintings usually have a retro feel, ideal for a location that carries 1970s platform shoes and rhinestone jewelry. Her latest exhibit is titled “Elizabeth Fell in Love with a Carney.”

“This series of seven paintings is a slight evolution and temporary departure from what has become recognized as my standard ‘beauty paintings,’” Arehart says. “(They are) based on a common fantasy of otherwise well-behaved girls that dream of breaking all the rules and running away with the carnival in search of new life of freedom, adventure, mysterious characters, jailhouse tattoos, bent rules and blinking lights, all played out to a soundtrack of AC/DC, naturally.”

The acrylic, spray-paint and chalk-on-canvas paintings represent what she calls “a little walk on the wide side.” And lookin’ good doing it. —Jo Anne Triplett
The Nitty Gritty
996 Barret Ave.
583-3377
www.nittygrittyvintage.com

<ART>
Through Dec. 1
The art of Nancy Smith

Louisville Stoneware has a new gig. For the first time, they are hosting a solo exhibition for an artist not associated with the company in their Studio One Gallery.

It is Nancy Smith’s first solo exhibit as well. She’s been inspired by a variety of sources for the 31 hand-molded pieces in the show.

“Her work is a hoot,” says Louisville Stoneware curator Al Gorman. “I would place it somewhere between Staffordshire figures and Mexican folk art, which she collects by the way. Nancy has chosen some unusual motifs to make sculpture from. I think this is the first time that I have seen works about Bonny and Clyde and The Conference at Yalta.”

Smith, a retired interior designer, took up ceramics in her 60s (she’s now 80). It shows change is good for a person … and for a company — this promises to be the first of many transformations for Louisville Stoneware. Stay tuned. —Jo Anne Triplett
Louisville Stoneware
731 Brent St.
582-1900
www.louisvillestoneware.com