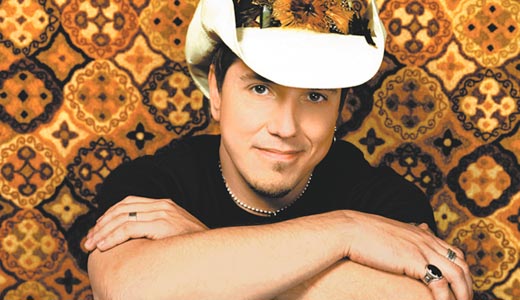 Feeling a little guilty about the turkey that gave his life so you can have a great Thanksgiving feast? You can restore your karma to proper balance — and get a free Vietnamese vegetarian meal, too — all day today at Zen Garden.

As she has done every year since 2003 at Louisville’s only Zen-themed, Asian vegetarian eatery, owner Huong “Coco” Tran will serve free meals from 11 a.m.-10 p.m. today. Diners are encouraged to pay it forward by making donations to a variety of nonprofit organizations nominated by the restaurant’s customers.

The first $1,000 in contributions will go to Compassionate Service Society in California. Additional proceeds will be shared among Esperanza en Accion, a Nicaraguan agency that supports fair-trade art; Louisville’s Hand in Hand Ministries, for an AIDS clinic in Belize; Oxfam International, for relief work in Darfur, Sudan; and Food Is Elementary, which teaches Jefferson County school children about healthful food, nutrition and culture.

I’m looking forward to sampling some of my Zen Garden favorites, like Quang’s Traditional Noodles, or maybe some eggplant in curry sauce. I’ll donate generously … and I hope you will, too. —Robin Garr

These two are becoming quite a musical pair: Performing at September’s Original Highlands Fest, and a couple club gigs here and there, Shannon Lawson and Brigid Kaelin revisit The Monkey Wrench on the last night before you have to deal with your crazy relatives. He’s a country-fied star who’s been around Nashville once or twice; she just returned from the British Isles and confirmed that, sadly, Brits don’t know how to make a good omelet. Or even a salad. A past performer on CMT’s “Gone Country,” Lawson’s MySpace page lists him as being located “Somewhere in the Wilderness.” Lucky for us, the wilderness isn’t that far away. —Mat Herron

Just in case you forgot — you’re supposed to make your way over to your parents’ house today. Or your significant other’s parents’ house. Or, if you drew the shortest straw, you gotta put that turkey in the oven like right now. And don’t forget to peel the potatoes, dust off the TV screen and vacuum under the coffeetable. Just as the pilgrims put away their grievances and dined with the Indians, you can sweep your issues under the rug and sit with your parents, siblings and other insane relatives for a few hours while you consume the 4,000-calorie meal known as Thanksgiving. If you have nothing to thank anyone for, pack a flask and compliment your parents on producing such a fine specimen of human being. And tell them you go to church. That usually works. Pass the potatoes, please. —Sara Havens

Rapcore finds a theatrical version of itself in Hollywood Undead.

Fresh off his appearance from WFPK’s “Live Lunch” and the third annual Good Folk Fest at Mellwood, the one-man band that is J. Glenn joins Scott Mertz & His Panel of Experts and Honey Highway Country and Blues Show for a night of drinkin’, playin’ and general shenanigans. Mertz is pushing his new solo album.

While you’re there, ask Honey to play “You’re the Reason Our Kids Are Ugly” or “Jesus Loved the Devil Out of Me.” It might not save your soul or pay for much-needed plastic surgery, but at least you’ll feel good. —Mat Herron

’Tis the season, so it’s time to start thinking about decorating that tree (OK, you can wait until after you eat the turkey and watch the game). You might want to consider some handmade ornaments from Gallery Janjobe made of glass, wood and clay. Gallery artists Chad Balster, Janet Bailey Burch, Joan Carter, Marissa Garcia, Jana John, Joy Lait, Karen Brown Levy, Sharon Major, Dain Riley, Melvin Rowe and Randall Snook made the ornaments priced from $5-$40.

Want a tree decorated with horses? They also have small themed trees. You can get cats and fish, too.

“We asked our artists to create ornaments for this show, and it’s always fun to see what they come up with,” says gallery co-owner Jana John. “Some are specifically holiday-themed, and others are suitable for leaving up year-round. Each is a little piece of artwork.”

Pastoral and city scenes are the recent creative forte of abstract expressionist Rebecca Smith. Her oil paintings “come from her subconscious connections to her environment,” says Rachel Hanley, owner of Rayluma Gallery. “She is deeply inspired by nature and brings forth in her paintings a unique point of view. (They) are often landscapes and, most recently, cityscapes. This is a reflection of her transition from a rural to an urban setting.”

The opening is during the Nov. 28 F.A.T. Friday Trolley Hop. —Jo Anne Triplett

‘Theatre of the Oppressed’

You’re not alone if you think “Theatre of the Oppressed” sounds like a depressing title for an event — because it is. These hard times call for a good dosage of misery medicine to stir our consumer collective out of its zombie stupor. It wasn’t called the Great Depression because Americans were jolly and returned to the status quo. From that Depression bubbled up an indignation that birthed a New Deal only after a considerable amount of haranguing over the corrupt system beforehand.

Hosted by Women in Transition, a nonprofit grassroots organization that deals with poverty issues, “Theatre of the Oppressed” is a bimonthly set of workshops to educate and develop specific techniques for dealing with the worsening economic crisis.

With contributions from the Kentucky Foundation for Women, W.I.T believes giving Louisville’s most vulnerable citizens a forum to voice their concerns and experiences is just as important as quoting global leaders.

The economic troubles of the country are forcing everyone to tighten their belts financially. Maybe gloomy news from the least advantaged will give us a general prescription to our fix a corrupted economic system — a Renewed Deal? —Phillip M. Bailey

‘We Made It Out Alive’

“I think a lot of artists’ works are self-portraits, or snapshots on what’s going on in their lives,” says Casey Matthew McKinney, whose exhibit “We Made It Out Alive” is now on display at Architype Gallery on Frankfort Avenue. McKinney says he created the acrylic, oil and spray-painted pieces over the last two years, during which his life went through many changes. Becoming a husband, father and Louisville resident are just some of the challenges he faced. “My work represents my moods and emotions of what I’ve gone through in the past two years. The images I create represent experiences, and how they have changed my perspective on life.”