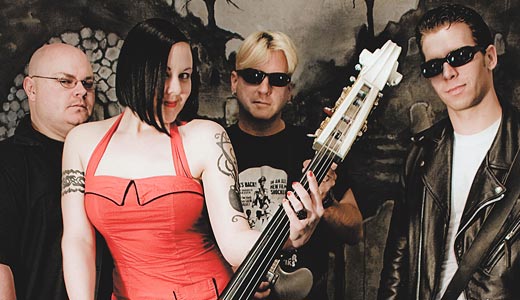 J.J. Grey and Mofro make what is amounting to an annual pilgrimage to Louisville, but his opener, Troy “Trombone Shorty” Andrews & Orleans Avenue, might steal the show.

Growing up in New Orleans’ Treme neighborhood, Andrews’ skill at trombone and trumpet led to a successful stint at the New Orleans Center for the Creative Arts (Wynton and Branford Marsalis and Harry Connick Jr. are alumni), and a 2005 world tour with Lenny Kravitz.

In 2006, Andrews performed with U2 and Green Day at the re-opening of the Superdome, and later that year, he appeared on Aaron Sorkin’s ill-fated show-within-a-show, “Studio 60 on The Sunset Strip,” leading a somber rendition of “O Holy Night.”

With the exception of lead singer-guitarist Jeremy Rhodes, Jonathan’s Machete has survived college.

Can they survive the transition from cover band to original act?

In a word, yes, says guitarist Mike McCleary, who, along with Rhodes, drummer Chris Woodall and bassist Britt Gedling, has been playing mostly covers for two years. This Saturday, they release Flexible Flyer, a six-song EP that favors meaty guitars and clean vocals.

“(The song) ‘Flexible Flyer’ is strong, with simple chords and prominent guitar solos,” McCleary says. “We weren’t trying to be in competition with the vocals. The kinds of bands we’ve always loved are prominent with guitar.”

The four high school friends met in Louisville and continued playing at the University of Kentucky.

Playing covers at first helped them land shows, but now that they’re familiar with club owners and have somewhat of an audience, McCleary says they’re ready to see how people receive their originals.

“As far as a show with our original music, it’s almost something we’re new to,” McCleary says. “We just played a show at Skull Alley. It was almost refreshing for us to play that show, because most of the places we play, just because we have to play for so long, we have to play covers to keep a certain entertainment factor to it.”

The show’s nostalgia feel cannot be ignored — they’ve kicked it since ’86 — but punk is alive and well for the Law, having just finished a tour with Rancid (not surprising considering their experimentation with ska) and continued its brash sense of humor (the “lyrics” page on www.murphyslawnyc.com says, “If you know our lyrics, e-mail them to us”).