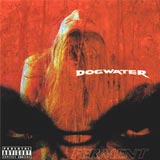 The next … the next … person who tries to sound like Layne Staley gets a stack of Labrador droppings for Christmas and their instruments repo’d.

Dogwater succeeds in becoming the 1,000,000th band to borrow wholesale from Alice In Chains’ Facelift and Dirt albums — and not in any reverential way — on nearly every song. “Dust My Broom” is shameless grade-school innuendo, not the treatise on alienation and loneliness it tries to be, and a voiceover (“Roll”) of a girl faking an orgasm hasn’t counted as atmosphere, and neither do the wails, woaahhhhss and … hang on … gotta puke.

Most damning in this 16-song monument to lethargy is that it exposes something neither funny nor ironic: The dumbed-down meat-headedness of our local hard-rock scene, which hasn’t stopped reinventing 1997 long enough to confront its own lack of innovation. Either bring something new to the table, or unplug.