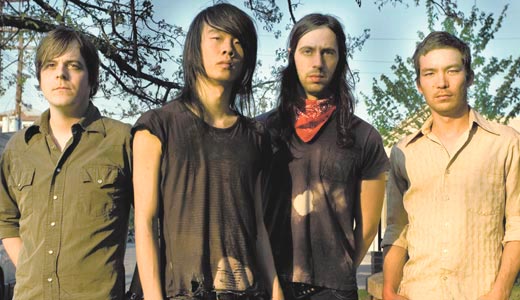 We are sad to learn of the death of Rod Wenz on Nov. 19 following heart surgery. He was 72. A funeral was held Saturday at the Highlands Funeral Home on Taylorsville Road.

A native of North Platte, Neb., Wenz moved to Louisville in the 1960s to work in journalism and later founded the Wenz-McNeely Company. In 2005, Wenz and his wife, Glorida, founded the National Jug Band Jubilee.

Wenz was a tireless supporter of jug-band music, and we will miss him.

VHS or Beta DJs Craig Pfunder and Mark Palgy will keep the party rolling Saturday at Fuzion (1335 Story Ave., 588-8861). OK Deejays, Cap’n Goodies and Jesse Jamz start off at 11 p.m. Cover is $10 for 18 and over, $5 for 21 and over. It’s $1 off if you bring your ticket stub from the Headliners show the same night. Visit www.fuzionnightclub.com.

The compilation is available for digital download at Amazon.com.

Teach For America takes recent college graduates and professionals who are willing to commit to teaching for two years in urban and rural public schools.

The Broken Spurs join us this week to discuss their relatively new album, Give It Your Blood, this Saturday’s LEO show at Headliners and their favorite Thanksgiving-style food. Listen at leoweekly.com or myspace.com/leoweekly