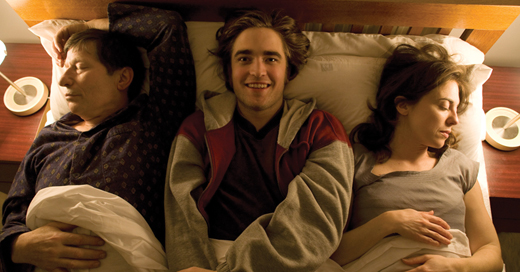 For the Derby City Film Festival, the key word is ambition. Although only in its first year, it’s being housed in the luxurious Memorial Auditorium (with its 1,700 seats). It spans five days, with dozens of shorts and features from all over the planet. And bizarrely, to coincide with a similarly themed documentary, it will attempt a world record for most Lincoln impersonators at the same place.

While many festivals are genre-specific or highlight a particular organizer’s personality and sensibility, DCFF is meant to be all-encompassing. Kris Rommel, the organizer, explains that they “want horror fans, love-story fans, foreign fans, comedy fans, etc. The only way to do that is to have a festival big enough to accommodate all those types of films.”

The film festival showcases a mixture of shorts and features, documentaries, locals and foreigns. With so much choice, it’s the type of event that rewards a little research. Want a movie on Israeli peaceniks? Got that. A documentary about alternative burial methods? Ditto. Zombie flick? There’s a short called “Shh!! It’s Alive” that will probably fit the bill. Hop on the Internet, navigate MySpace and YouTube, and you’ll get a pretty good understanding of what you’re in for.

The most promising short is probably “Available Men.” Directed by David Dean Bottrell, it follows an actor, an agent and two gay men on a blind date as they tumble into a horrible mix-up. It’s a funny, well-made film with a classic comedy premise; in fact, I’m amazed no one had thought of it before.

Another short film, “Flourtown,” is a surreal fairytale mixture of live action and computer animation, similar in spirit to the French films “The City of Lost Children” or “Delicatessen.”

Rommel gushes about the movie: “It is visually one of the most outstanding films I may have ever seen. It is hard to keep in mind it wasn’t made with a multi-million-dollar budget.”

But the movie garnering the most hype is called “How to Be,” a relatively unknown feature from the UK about a twenty-something who moves back with his parents and promptly falls into an existential crisis.

Why the hubbub? It stars British über dreamboat Robert Pattinson, who played Cedric Diggory in the last two “Harry Potter” films and Edward Cullen in the upcoming vampire flick “Twilight.” There’s a strong suspicion that he’s the next Orlando Bloom. Ladies and gentlemen, start your swooning.

Still, Rommel is adamant the film wasn’t picked for the hottie factor: “We do want everyone to know we accepted the film because it is a great film and not because of the (hyped) cast, who all did a great job,” he says.

Although still days away from the opening, the Derby City Film Festival is planning its future. Rommel wants to grow the festival into an event that filmmakers have in mind as they make their films, highlights Louisville on a national stage and complements and encourages the other festivals in town. “We hope the payoff will be a sustainable film festival that will continue every October for the rest of … forever.”