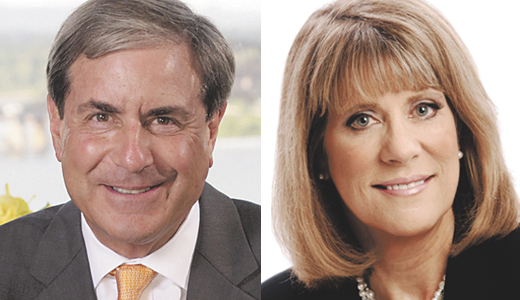 Anne Northup is running a little late for her one-on-one interview, but it’s not a problem. Given the former Republican congresswoman’s rocky relationship with this newspaper over the years, it was a pleasant surprise when her campaign agreed to an interview in the first place. Before Democratic U.S. Rep. John Yarmuth — who founded LEO Weekly in 1990 — unseated the 10-year incumbent two years ago, she pulled a memorable stunt, holding a press conference in front of the newspaper’s Fourth Street office, grumbling about not having access to the former editor’s 15 years of weekly columns.  Now about 20 minutes late, the candidate strolls into the conference room of campaign spokesman Ted Jackson’s marketing firm, shakes hands and engages in some admittedly unexpected friendly banter. Maybe this is a change election. The rematch between Northup and Yarmuth wasn’t expected a year ago. Observers had written Northup’s political obituary after her loss in the Republican gubernatorial primary to former Gov. Ernie Fletcher. Losing to Fletcher — who had already been indicted on three misdemeanor counts of conspiracy, official misconduct and political discrimination — had many saying 2007 was the last of Northup. Perhaps it was just wishful thinking on the part of Democrats, who recall how for a decade Northup dominated in a district where they outnumbered Republicans two-to-one.  “I didn’t say I would never run again,” she says. “But yes, I wasn’t planning on running again. I got into it much later, which makes it a harder race. But I think that this is a swing district.” Northup’s homecoming hasn’t rattled Yarmuth, who says this year is all about change vs. the status quo. In Washington, members of Congress are worried about the anchor of incumbency, he says, but with a 10-year record of her own, Northup cannot be perceived as a change candidate. “Running against the same person I ran against last time in a way is easier,” Yarmuth says. “If I had been running against a fresh face and somebody who had no ties to George W. Bush and no ties to the mess we’re in, it would have created vulnerability that I don’t have running against Anne.” Similar to the guiding thesis of his victory in 2006, the Yarmuth campaign continues to equate a vote for Northup with a return to the Bush years. The only negative campaign ad Yarmuth has run features Northup palling around with the president at the White House. It ends with a clip of Northup saying, “That’s what I’m offering — a chance to go back.”  President Bush is in the rearview mirror, however, and Northup has her own message, reiterating that for many years she was an influential legislator for Louisville on the coveted appropriations committee. “That’s a lot of loss to this community,” Northup says. “This is a chance to recover that opportunity for Louisville.” For Yarmuth, it appears his vote in favor of the $700 billion bailout bill could be his only vulnerability on Election Day. Among regional representatives, Yarmuth was the only one to support the Wall Street welfare check (after voting no on the first version of the bill). Calling it the most difficult vote he has cast, Yarmuth says he hated the bill, but ultimately voted for it because the risk an economic depression poses to Louisville’s business community is too great. With a background in financing, Northup has taken aim at the bailout vote, hoping to scoop up much-needed bipartisan voters. “John criticized me and has criticized this president for the Iraq war because it has cost so much,” Northup says. “In one day the bill he voted for spent more than Iraq has over five years. I mean, what are you all thinking?” In defense of his vote on the bailout, Yarmuth says, “This one vote is not my only record,” adding that his opponent “has a career that people should be reminded of.” Although Northup has the advantage of Monday morning quarterbacking against an incumbent, she does well stumping as a fiscal conservative, preaching frugality in troubling economic times. If enough members had voted against both bailout proposals, she says Congress could have come up with a more solvent plan. Instead of bailing out Wall Street with taxpayer dollars, she says the government could have issued guarantees to insure the $700 billion. “That guarantee would go with the money to any bank around the country,” Northup says. “That’s what we’re trying to do, restore the wealth that’s been lost.”  Northup’s proposal sounds efficient, knowledgeable and responsible in contrast to giving away billions to Wall Street. However, she sometimes loses focus and gives in to carnal political instincts. At their first public debate, for example, Northup attempted to cast Yarmuth as an out-of-touch liberal. Without a hint of humor, she asked why Yarmuth voted “present” on a resolution supporting Christmas, yet voted in favor of similar resolutions for Ramadan and a spiritual holiday in Hinduism. “It strikes me as a cultural issue,” Northup says. “But he doesn’t want to explain what the culture issue is.”  Time is running out and poll numbers are getting worse for Northup’s campaign as Election Day approaches. The latest SurveyUSA poll — released last week — reveals Yarmuth is cruising to a safe re-election: He leads 57 percent to 40 percent, doubling his margin from last month.   Yarmuth knows his opponent has a reputation of being a close-in fighter who charges at her opponent the last two weeks of a campaign. But the district has changed and her wholehearted belief that the pendulum will swing back looks unlikely.  “Two years ago if you were pissed off by the direction of the country, I was the only way you could express that,” Yarmuth says. As for this year, he says: “I’m not worried. There’s nothing out there I’m afraid for her to talk about. But, you never know what she’s going to do.”