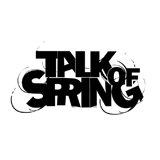 Goddammit. I wish “emo” would have had the sense to die a dignified death sometime around the late-’90s. Instead, we’re forced to suffer through teenage rehashes of bad Sweet Valley High storylines, put to song and sung in whiny-ass, nasally voices until we want to kick the shit out of whatever electronic box is producing this god-awful racket. These three songs are the perfect auditory illustration of mediocrity. The paper-thin production makes the whole thing sound like it was recorded in a wet cardboard box. The lead “singer,” if you could call her that, staunchly refuses to carry a tune in any discernible fashion. She honestly sounds like she has something jammed pretty far up her nose. She might want to get that looked at. The music itself is just wallpaper. In closing: Parents … lock up your kids. Not to keep them out of trouble, but to keep them from making music like this. Now get the hell off my lawn!