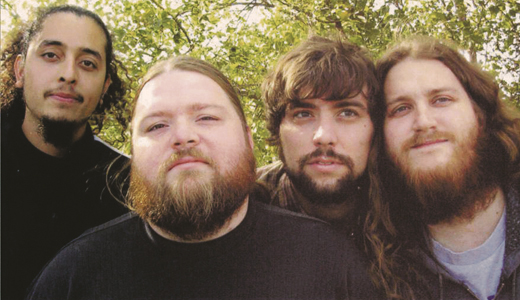 To record live is to battle odd circumstances, finicky rooms and horrendous feedback. John Torstrick, 27, the engineer behind the new compilation CD Livewire, is intimately acquainted with these obstacles. The first volume contains six tracks recorded live in various Louisville clubs over the last year: a March 7 show at The Pour Haus by Arnett Hollow, a December 2007 performance of The Hemingways at Gerstle’s, Virgin Flame’s January 2008 show at The 930, and Nashville’s Ghostfinger at last year’s Original Highlands Fest.

Torstrick first got the itch to do live recording while working for JDM mobile, which recorded a Lynyrd Skynyrd/Hank Williams Jr. show at Freedom Hall. He has captured a set that’s varied and limited: He’s pressed 400 discs, and each band gets 25 copies to sell at their shows.

“I listened to a lot of local music and a lot of albums that have been produced and seen a lot of shows,” he says. “The performance is 10 times better than a lot of the studio stuff for me.”

He hasn’t ruled out future releases. He charges $100 to record a show and $50 to mix and master it, so he isn’t looking to make a bunch of dough. “With Livewire, I’d be happy just to make my money back.”

Amanda Lucas’ foray into live music was the result of abandonment issues — not a relationship, but with the band she managed.

Lucas, a former jockey for WHVE-FM between Russell Springs and Columbia, Ky., had booked a week’s worth of shows for the Manchester, Ky., band Altered. “On the very first night, they didn’t show up,” she says, forcing her into the unenviable position of filling three-hour sets. She roped in Adam Hardesty to open, then found her former softball teammate Audrey Cecil to form the duo Two Cent Penny.

When she wasn’t DJ-ing weddings, Lucas beat a steady path around the region, a regimen of resilience that doesn’t necessarily fit the title of her new album, Half Empty. The title came in part from her astrological sign, Capricorn.

In a broader sense, Half Empty is autobiographical.

“All of the songs are about the exchanges I’ve had, experiences that I’ve had — they’re all true,” says Lucas, whose record release show takes place at Gerstle’s Saturday ($5, 9 p.m.). “One’s about me moving out of my parents’ house at age 25. Better late than never,” she laughs.

Tour plans are in the works, including a stop at Georgia’s famed Eddie’s Attic, where Lucas and Cecil perform Dec. 29 as part of an open-mic competition that, depending on the judges, could lead to a recording contract.

“The first one was a lot of instrumentals, long solos and jams,” he says. “We were trying to get away from that to a more mature sound, where we are now.”

Recorded at CB Sound in Goshen, Ky., the lyrical themes of Pure Happiness deal with drug addiction, suicide and the power of music to, as Bowers says, “get you through just about anything.”

However you spell it, the fourth annual St. Alfonso’s Pancake Breakfast begins Sunday at noon outside Underground Sounds (2003 Highland Ave., 485-0174).

Among many eccentric and lovable local acts, the free event will feature Jeffersonville’s Soul River Brown, aka Vincent Fews. The 28-year-old Albany, Ga., native found an ally in local comedian/impresario Spike Davis, who has helped Fews take his soul from the now-defunct confines of Yuri’s Bistro to the hallowed Apollo Theater in New York.

His forthcoming album is now in process at DSL Studios, and it promises to expand on a style he calls the lovechild of John Mayer and Lauryn Hill.

Sunday’s performance will depart from Fews’ recent run opening up for comedians, a tactic that’s arguably more brutal than sharing stages with other bands.

“It’s helping my stage presence. The same people who come to comedy shows will boo you if they don’t like you,” he says. “If you’re not bringing it, they will let you know.”