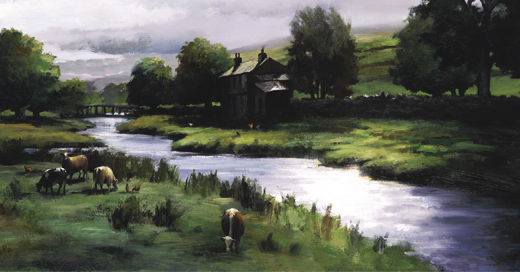 If evolving, tribal dirges excite you, David Eugene Edwards’ project Wovenhand will have you running to the nearest drum circle. Edwards, from Elktooth, Colo., started Wovenhand while Horsepower was on sabbatical, and although he shares the same label, Sounds Familyre, with Sufjan Stevens, Half-Handed Cloud and Danielson, Edwards’ milieu is not necessarily for an audience who likes their entertainment secular. On his MySpace page, he promotes Living God Ministries, a Christian group that began as a Denver radio station with one of the most powerful signals in the country. Interstates, which recently added the bassist from Foxhole to its lineup, opens. —Mat Herron

Ivan Neville started performing with his kin via the Neville Brothers when he was a teenager, and his list of credits since then ranges from the Spin Doctors to Bonnie Raitt (who called the New Orleans-born Neville, “The funkiest collection of human gumbo ever assembled on the planet”). His band Dumpstaphunk splashes a lot of the Big Easy into its spicy jam-funk, having played the New Orleans Jazz Fest in 2005 and headlined many of Nawlins’ top venues. The band even won the 2005 Big Easy Award as the city’s Best Funk Group. The Phunk comes to Jim Porter’s on Thursday to spread some vibes and mix up some more musical gumbo; you won’t even need to bring your own hot sauce. —Kevin Gibson

This year, Caulfield’s Halloween Parade joined forces with “Bardstown Bound” BooFest and added a Fall Festival to benefit The Home of the Innocents and kick off the Halloween season. Merchants and restaurants all along Bardstown Road and Baxter Avenue will open their doors at 5 p.m. to give the public a chance to “eat, drink and be scary,” with seasonal food samples, beverages and much more.

The parade will start at 6:30 p.m. and include more than 60 floats, with themes ranging from Ghostbusters to Kentucky Paranormal Research. The parade travels north on Bardstown Road and Baxter Avenue to the Home of the Innocents at 1100 E. Market St., where the Fall Festival will start at 5 p.m.

“It’s a great chance to participate in some family fun, with many activities geared toward children,” says parade and festival coordinator Dell Courtney. Admission to the festival is free. —Brittany Tracy

A household name in the ’90s, comedian Sinbad fell so far off the charts that in 2007, a Wikipedia entry started a rumor of his death. In more recent news, he outed Hillary Clinton: He was on the Bosnia-bound plane on which Clinton claimed bullet-dodging; Sinbad told the media their worst experience was finding good food. In 1997, he was Harvard’s “Artist of the Year.” In 2006, Maxim named him “Worst Comic Ever.” Consider the sources, choke up $30, and decide for yourself. —Jason S. Sitzes

To celebrate its 25th anniversary, the Kentucky Center is hosting a free Curtain’s Up Community Day that features performances and representatives from all the major arts groups in town. Included on the agenda are scenes from Stage One’s “Lilly’s Purple Plastic Purse” and Homer’s “The Odyssey,” family story and music workshops, appearances from Merlin the Magician and the River City Drum Corps and a hands-on, mask-making workshop. The Louisville Ballet and the Kentucky Opera will be there too, and a hi-def multimedia presentation of “KentuckyShow!” will be screening every hour.

“It’s going to be a spectacular day for the family and a great way to celebrate our 25th anniversary,” says David Holland, communications director for the Kentucky Center. “We’re a nonprofit; we’ve never been in this to make money. We’re in it to provide quality entertainment and showcase the arts for the entire community.” —Sara Havens

Do you have friends who have left Louisville for Portland, Ore.? On Tuesday, Portland’s going to put out for us via Starfucker (Josh Hodges, Ryan Biornstadm and Shawn Glassford). Theirs is an enticing mix of 21st century pop replete with jangling guitars, lo-fi keyboard blips and handclaps galore. Their self-titled debut arrived Sept. 23 via Badman Recordings and has been getting love across these United States. The album’s dazzling mix of high-fructose beats coupled with delicious harmonies makes you feel happy to be sad and vice versa. “German Love” shows off the strength in the band’s songwriting, as Hodges intones: She won’t have a thing to do with me over a Yoshimi-era Flaming Lips treatment. You can make comparisons with The Postal Service and the aforementioned Lips, but Starfucker’s approach is collective, not derivative. Lexington sonic-explosionists Tight Leather and Louisville’s Paper Airplane join in. —Hank Willenbrink

Through Oct. 14
‘A Portrait of the Yorkshire Dales’

With the dollar exchange rate in the toilet, perhaps it’s best to stay home and be a local traveler. A good place to start is B. Deemer Gallery, where you can visit England by way of Cynthia Kelley Overall’s new group of paintings.

The Yorkshire Dales is a region in Northern England. White limestone cliffs frame the valleys, known there as dales. Sheepherders and farmers centuries ago built drywall stone fences, similar to those in Kentucky, which cut though the green fields. Rivers also run through the lush countryside.

Now a national park, the Yorkshire Dales is a large area of serene beauty, which Overall offers in all its pastoral glory. The English Romantic painters were the masters of such scenes, and they perhaps would see a connection to her work. —Jo Anne Triplett

Glass artist Christopher Lydon’s world is a vision of nature under the sea gone slightly amuck. There are series of large squids in bright colors and striped “bioscience” vessels. It’s Dr. Seuss meets “20,000 Leagues Under the Sea.”

Be drawn in by the whimsy but stay for the high level of craftsmanship. He’s studied and worked at all the main glass havens, such as the Pilchuck Glass School outside Seattle and The Studio of the Corning Museum of Glass in New York. —Jo Anne Triplett

Through Nov. 9
Jack the Ripper

Scares are easy to come by this time of year … with Halloween, the flailing economy and Sarah Palin looming in the chilling air. The Frazier International History Museum is presenting its own version of fright in weekly reenactments of the Jack the Ripper story, called “The Whitechapel Murders.” Set in Victorian London in the summer and fall of 1888, three actors — Kelly Moore, Jeremy White and Eric Frantz — tell the details through several characters involved in the investigation of the most famous unsolved murder to date. Moore mostly portrays prostitute Mary Kelly, believed to have been the last victim, while White plays an inspector and Frantz a police surgeon who recounts each murder scene in brutal detail. The reenactment is free with admission to the museum. On Oct. 30, the U of L Early Music Ensemble will join the production to provide period music. —Sara Havens