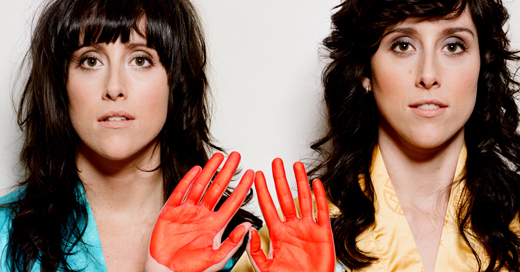 This year’s Peak Summit Groove and Dance Festival features a jam-packed day of music and happenings, just how founder Myron Koch planned it. “(The Festival) keeps getting bigger and bigger as (Louisville) has grown … structurally this is the biggest the festival has ever been,” he says. “I’ve toyed around with the format, but at this point we’re doing it over eight venues, and it is the biggest thing I’ve ever done.”

The event will include 10 indoor and outdoor stages on and near Shelbyville Road, including Bluegrass Brewing Co., Diamonds, Dutch’s, Gerstle’s, Saints Sky Bar, 60 West and Zazoo’s.

Blues, reggae, funk, rock and all genres between aren’t the only thing Peak Summit offers. This year’s festival will feature art, fashion and improv comedy.

One key difference this year is that Koch will not be giving visual artists equal billing with the musicians. That has taken a backseat to accommodate the festival’s size. Peak Summit starts at 7 p.m. on Saturday. Passes are $10. For more info, go to www.peaksummit.com.

The Watson Twins are stopping by their hometown with a big buzz in tow. The identical twin sisters’ tight harmonies and country-tinged pop stir up folk-inspired strums of guitars and singing by a campfire. While it sounds hokey in theory, there’s nothing ironic or moronic about The Watson Twins’ music.

Previously known for their collaborations with Rilo Kiley lead singer Jenny Lewis, the twins are showing that their indie pop can stand on its own.

Sunday, they’ll be joined by some of Louisville’s best, including Johnny Berry, Mickey Clark, danny flanigan, Teneia Sanders and Leigh Ann Yost. It’s a night fueled by a couple of folkies who aren’t quite folkies. The Watson Twins play the Kentucky Center’s Bomhard Theater (501 W. Main St., 562-0100) at 6 p.m. Tickets are $5.

At the intersection of The Ramones’ supercharged punk sound and Phil Spector-produced girl groups of the 1960s is the Athens, Ga., duo Cars Can Be Blue.

Singer/guitarist Becky Ann Brooks and drummer Nate Mitchell take Spector’s “wall of sound” and the quick, dirty ethos of punk rock and form a fun mixture that will leave audiences swaying their hips and singing along with Brooks’ spot-on mannerisms of Ronnie Spector and company. “Becky is a huge fan of ’60s girl groups,” Mitchell says. “She can really sing, and I think that is what separates us from other bands.”

Cars Can Be Blue’s sense of melody and adventure draws upon that era and early punk. “I think that’s what the first wave of punk bands listened to, those bubble-gum bands with a sense of melody, and that’s what we love also,” Mitchell says.

Ketch Secor grew up in Virginia in the shadow of “old, weird America,” where working-class heroes are celebrated and tradition still counts for something.

Entranced by ancient fiddle tunes and Bob Dylan’s turn of phrase, Secor discovered, at an early age, the transformative power of song.

“Introducing the Beatles also had an enormous effect on me,” he says. “John Lennon is such a huge part of the force that encourages kids to gravitate toward music. Even beyond the grave, he is a guiding light for young people who seek to use music as a vehicle for what they want to say.”

In fall 1998, Old Crow Medicine Show fell together near Ithaca, N.Y., where Secor had relocated after high school. Secor and Old Crow’s other like-minded musicians were all about 20 years old and open to adventure.

“We started out playing street corners up there and just walking into joints. Nothing was pre-arranged. I guess in the beginning we were seeking that Woody Guthrie kind of wandering experience.”

Along the way, OCMS fashioned its own brand of string band music, a recording contract and a big ally in Doc Watson.

Though OCMS is embraced by traditionalists, Secor stresses one distinction worth considering. “We’ve never seen ourselves as a bluegrass unit,” he says. “More like a rock band with claw-hammer banjo skills.”

This sort of self-identification also accounts for the band’s decision to employ the ever-eccentric Don Was to produce the latest OCMS project, Tennessee Pusher.

“Don intuitively gets what we are about,” Secor says.

“He keeps equating us with the Rolling Stones, because he sees us as coming from that same school. And, in a way, Mick and Keith were very present at these sessions, because Don had made the last three Stones albums and was always sharing their stories and approaches to crafting songs.”

In the end, OCMS clings to the notion that musicians are appointed to guide us through our collective hours of darkness.

“Good music can save you,” Secor concludes. “It saved me, and it saved every member of the Old Crow Medicine Show.”