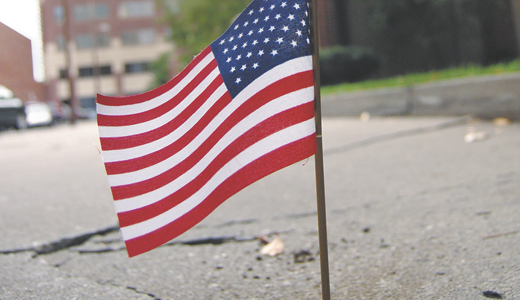 “… the vote is the most powerful instrument ever devised by man for breaking down injustice and destroying the terrible walls which imprison men because they are different from other men.”  —President Lyndon B. Johnson, delivered Aug. 6, 1965,
at the signing of the Voting Rights Act.

I wonder how seriously people take voting these days. For much of the population, I predict, elections have become another weird reality show, where an unhealthy blend of misinformation and advertising coalesces to shape public opinion on something far more essential than it seems.  The Democratic presidential nominee, Barack Obama, has been campaigning for nearly two years straight (Republican John McCain not so long, because his primary was not a contest). Of course that wears on the candidate and his staff, but it also wears on us. Pundits across the media landscape create storylines daily so that they may keep their jobs (thus the two-year campaign); others pile on and suddenly, an ACORN voter registration drive is bigger national news than GOP voter suppression tactics.  Regardless of the barrage of largely irrelevant media, one thing is clear: Voting is your upper hand, and you must fight for it. Inform yourself. Keep an open mind. Let ideas be your guide, not campaign commercials.  On Nov. 4, do your part. Vote. —Stephen George