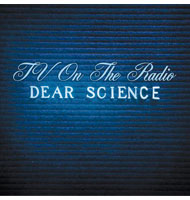 The production and melodies on “Golden Age” and similar upbeat tracks like “Red Dress” are robust with horns and orchestration. Dave Sitek’s attention to detail on the production is also a big part of what makes the album strong. “Family Tree,” a slower gem, is the song Coldplay wish they could write. The orchestration fills the room, and when the strings grow bolder toward the end, “Family Tree” is right at home on an epic movie soundtrack.

However, TV On The Radio’s genius stems from its ability to develop unfamiliar styles, like “Dancing Choose,” a clash between dance, punk and math rock.

Easily one of the best albums of the year so far, there isn’t a hole on this record that TV On The Radio wasn’t able to fill.