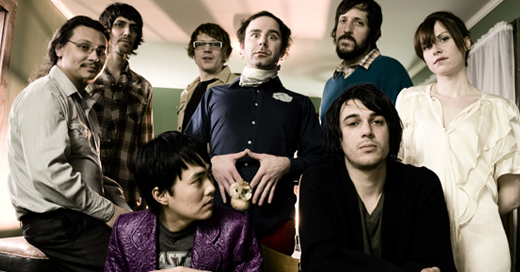 Donavon Frankenreiter is coming back to town, appearing at Headliners (1386 Lexington Road, 584-8088) on Thursday ($15, 9 p.m., with Sara Watkins of Nickel Creek opening). His third album, Pass It Around, has just come out and shows the former Jack Johnson protégé is stepping forward as a pop-leaning singer-songwriter. As always, you can find within him the easygoing observer, but the new tracks are infused with sweet-tempered energy and, of course, his Don Henley-lite vocal style adds a sly bite at times. The new album includes a variety of enriching collaborations for songs and performances, from sources both expected (Ben Harper) and unlikely (Grant Lee Phillips helps make a gently haunting “Mansions in the Sand”). Collectively, Frankenreiter says, this type of collaboration serves to “open yourself up.”

LEO: New song “Your Heart” features a mariachi band. How will you pull that off on tour?

Donavon Frankenreiter: We pull it off because the keyboard player plays trumpet, and the guitar player doubles down on the line. We’re not getting the 12-piece mariachi band vibe, but we’re getting the feel.

LEO: One of the best new tracks is “Too Much Water.” How’d that lyric come about?

DF: I went to work on it with Daniel Tashien in Nashville. He had that chorus already (too much water in one place/not enough somewhere else). He wrote it soon after Katrina. But I heard it as being more about how people can be … in differing circumstances. So, that song has two different ideas for what “too much water” means, with his being more literal. I just enjoy the groove of the tune so well.

LEO: When stuff happens on the road, do you think about getting it into a new song right away?

DF: You’re always searching, you’re always writing. But I’m still focused on how to get these new songs across live. We stretch out — I don’t want to be a robot … but we’re not so much into jamming. We want to keep having fun with these songs, and we’re due to continue this tour into next year.

Margot & the Nuclear So and So’s completed 17 tracks of fine indie noise-pop in recent sessions. But when the folks who put out their records (Epic) compared notes with bandleader Richard Edwards and the other musicians, the two parties had almost completely different track selections for the group’s new album.

This is the age of multiple formats, right? So all parties agreed to a vinyl release of the band’s chosen set (Animal!) at the same time that the suits got their way with the CD release (cheekily titled Not Animal), which, of course, is likely to land in front of more ears. OK, here’s where it gets weird: Both albums are very, very good. Each has its share of sudden shifts into strutting electric riffs. Each has its wry turns under lightly sugared arrangements. Edwards motifs, like handmade cigarettes and prettified wastage, stride through both sets. Differences? It’s easier to grasp the sequencing rationale for the label’s version.

It’s all moot if you see the group live, and that’s Thursday ($12, 8 p.m.) at The 930 Listening Room (930 Mary St., 635-2554). They can cherry-pick from both album versions, or petulantly run through only their own sequence, with between-song patter to justify their choices. You’ve got eight people, and the individual contributions complement each other with exquisite balance and reserve. And occasionally, there’s just new noises, as they like to employ off-kilter atmospherics.

If the week wasn’t already busy enough, consider these, also, if your ears still aren’t bleeding once the weekend hits: Saint Fest on Friday at the Bulldog Café (10619 W. Manslick Road 380-0600), and The Star Fucking Hipsters (Leftover Crack’s side project) at the Adrenaline Zone skate shop (147 N. Clay St., 595-6655) on Saturday.

New Jersey’s lo-fi horror-punks The Misfits have been way ahead of the curve in many regards throughout their 30-year career — and that’s probably why you can see their “Fiend Skull” logo woven into a lot of dark corners of music and art.

Immortality as cult legends is guaranteed for the guys, who fashioned a sound that had the diamond-hard focus of The Ramones but with lyrical content that paid homage to the sorts of movies that would be shown under the banner “Creature Features.”

Originally fronted by vocalist Glenn Danzig, in recent years Misfits toured as a trio led by bassist Jerry Only (who jokes that he was like every other singing bass player — they always underestimate what’s required to take over lead vocals). After openers Adaptize and The Revenants, Only will take the Coyote’s stage (133 W. Liberty St., 589-3866) on Sunday ($15, 6 p.m.) sporting the Devillock, his downward spike of hair across the face that has now become ubiquitous in goth culture. But the look is only part of the deal, as this ain’t no nostalgia show: The blitz of rapid start-and-stop anthems like “She” and “Bullet” still packs remarkable punch.

By the way, when asked of his most surprising sighting of the Fiend Skull, Only points to a time when his car cut through the fog on the coast of San Francisco Bay — and there it was, high on the side of a downtown skyscraper, in a rendition by graffiti artist Obey Shepard.