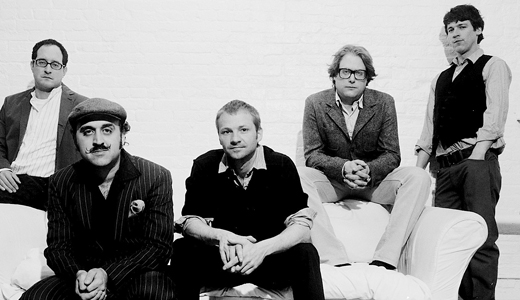 Thursday, Oct. 30
With the voluminous accolades showered on The Hold Steady and their latest album, Stay Positive, it’s surprising to hear Craig Finn’s circumspect attitude. This is the guy who concocts pimps and pushers out of thin air, set to an incendiary backdrop of brawling drums, anthemic piano lines and caterwauling guitar hooks that’s about as close to the E Street Band as you can get without plagiarizing.

But when looking back at the band’s catapult from hallowed, drunken, close-knit shows to bigger rooms and media lovefests, Finn doesn’t need you or anyone else to tell him how high the stakes are.

To me, the band’s a lot about getting older and becoming an adult, and holding onto those youthful ideals that you had as a kid,” he says. “It’s a big topic. When I turned 30 seven years ago, I thought I would never play music again. Last summer, we opened for The Stones in Ireland.”

Finn has fought off disquieting thoughts about being older and being in a rock band — no mean feat when you’re over 30, weigh more than Paris Hilton and many of your friends have, as he says, “put down their guitars and gone to law school.”

Being in The Hold Steady now means being in a rock ’n’ roll band that operates with an adult mindset, adding a veneer of professionalism without quashing the fun and escapism music is supposed to offer and foster.

“There’s oftentimes pressure, whether it’s spoken or not from parents or whatever,” he says. “People do want to act their own age, but they associate that with certain income levels and certain purchases that are only attainable through traditional means.”

No risk, no reward: The Hold Steady was the first rock band to make the cover of The Village Voice in 15 years, but the band regularly injects a healthy dose of lightheartedness, recording a version of “Take Me Out To the Ballgame” that is played during the seventh-inning stretch at Minnesota Twins home games.

“What kept me going was trying to listen to my inner voice, doing things that you believe in. You’re really doing a favor to your family and your loved ones, more so than doing something that you don’t (love).”